“Economics” – What Does the Term Imply? 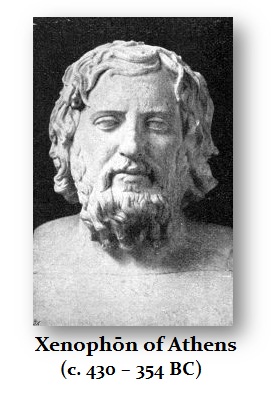 QUESTION: Dear Mr. Armstrong, I am following your blog while living in the Netherlands and first of all I would like to express my deep admiration for the work you have been doing for so many years. And yet…..I have my doubts. Your company name involves the term “economics”. And when I read your blogs you seem to favor “economics” and “economic growth” above anything else. I know this is a worldly view. But could it be – with all the changes that are taking place – that let’s say twenty years from now we have reorganized ourselves and that we value other things in life? Is there any data that supports this view?

ANSWER: The actual term “economics,” I believe, was plagiarized by Adam Smith’s teacher Francis Hutcheson (1694-1746), who translated a book by the Greek Philosopher Xenophon (c. 430–354 BC) who wrote Oikonomikos around 400 BC. This work was basically how to manage your estate for dummies. Hutcheson called his Book III “The Principles of Oeconomics and Politics” giving birth to the word “economics.” The word’s Greek “Oikonomikos” stems from the compounded form of “oikos” (ancient Greek: οἶκος, plural: οἶκοι, English prefix: Eco) which was the equivalent of a household, house, or family, combined with “nomikos” which means the law or to regulate/manage. Therefore, Oikonomikos meant to regulate/manage the household or villa estate in those days. Francis Hutcheson, the teacher of Adam Smith, copied Oikonomikos virtually chapter by chapter which included how to manage your wife.

It was also Xenophon who proposed the first public corporation for a bank that would be formed by shares subscribed to by all the Athenian people. Commerce was seen as more important than even agriculture. Xenophon proposed a public bank that would lend at interest to expand the economy. He proposed that the profits would be used to pay for public works. During the reign of Augustus (27 BC-14 AD) in Rome, there was such a public loan bank, but not subscribed to by individual members of society. This public bank provided loans to the poor without interest and it was funded by the confiscation of property from those alleged to be criminals, which included political dissents as well. Collateral was required at twice the amount being borrowed. These types of public banks aided the purchases of land.

Even the committee in Congress known as the Ways & Means in the House of Representatives is the tax-writing committee. Members of the Ways and Means Committee are not allowed to serve on any other House Committee unless granted a waiver. The House Ways & Means Committee has jurisdiction over all taxation, tariffs, and other revenue-raising measures, as well as a number of other programs including Social Security, unemployment benefits, Medicare, the enforcement of child support laws, temporary assistance for needy families, and foster care and adoption programs. This is the committee that is named after the chapter of Xenophon’ work.

Therefore, against this backdrop, the term “economics” does not imply any specific type of system. You have everything from Smith, Ricardo, Marx to Keynes all lumped together under this same category. The economy will always change and evolve over time. So I am using it in this context. Xenophon’s world was all about how to manage an agrarian estate. So things will change with time, technology, and population.

The principle “economic growth” implies also population growth. The economy must grow to accommodate population growth. That is why communism fell because they arrested economic growth by divorcing it from population growth and then it must collapse. It is not something that is exclusive to “materialism” but reflects civilization and people coming together. Under feudalism, Rome collapsed into simple feudal states, and although they minted some coins, they are rarely discovered more than 30 miles from their origin. That is strong evidence that the economy collapsed and there was no interaction between these small states. Thus, you had low economic output or growth.

Even in Star Trek, money was eliminated and people simply used electronic credits – cryptocurrency. That is perfectly reasonable for the long-term future. The economy simply reflects the exchange of money (whatever form it shall take) for labor of the average person. The “rich” get richer from INVESTMENT which creates the economic growth vital to expand and accommodate the expansion of the population. It does not advocate any particular system. It applied under Communism to republics and everything in between.

« The Danger of an Idea – Just Change the Label to Environmentalism
Do Lower Interest Rates Really Produce Bull Markets in Stocks? »