Did Roosevelt Adopt the Soviet Model in 1934? 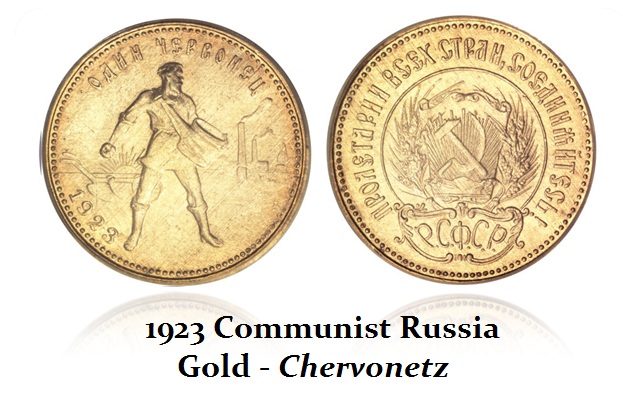 QUESTION: Marty, a friend attended one of your conferences back in 1987 and you compared the Soviet and Roosevelt monetary systems. I searched your site to see if I could find that without success. Can you detail that subject again?

ANSWER: Those in power right now are ACTUALLY looking at Soviet Russia’s economic model. I have been asked why there was no massive inflation when the local money was just created. This is an important subject but most never want to discuss it outside of closed doors.

The answer to that question is simple. The Soviets used a two-tier monetary system with gold coins for external commerce and paper domestically. Most people do not know, but even Roosevelt looked to Russia to copy that system with gold only for external use and paper dollars for domestic use. The difference between the Soviet and Roosevelt systems was that the Soviets used price & wage controls where Roosevelt allowed a free domestic market. Nevertheless, the idea was the Soviet model, believe it or not.

This current incarnation of the Soviet model they are calling MMT may lead to price & wage controls more like the Soviet model because inflation will unfold at this time given the fact that we are NOT looking at a revolution, but a clever reform they are calling the Great Reset. Therefore, we lack that panacea of fresh confidence that existed at the start of the Russian Revolution which rapidly turned into oppression following the death of Lenin (1870– January 21, 1924) who at least believed in what he was doing rather than Joseph Stalin.