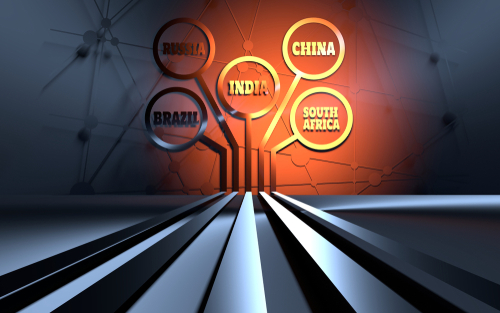 The first thing to go when a country is moving into economic crisis is the arts. This is intermixed with various social programs. As the economic crisis broadens, demand for taxing the rich rise. However, all this accomplishes is to cause capital to hide and hoard even more refusing to invest or spend and this then adds to the economic decline.

The BRICS were touted as the new rage in the world economy. The BRICS were even holding their own summits and they were supposed to surpass the G7, were all the forecasts. Brazil, Russia, India, China and South Africa became known as the “BRIC” nations back in 2001 which was a term coined by of course Goldman Sachs.

This curiosity about how the BRICS would displace the G7 as the world leading economic power was up there with the DOT.COM bubble and more recently the BitCoin Bubble. This five-country association of emerging economies has demonstrated that such hype of counting on such fades to alter the future have always ended in disappointment.

Russia ran into an economic headwind and sanctions, China has slowed remarkably and has now shifted its focus to try to build its internal economy as we see in Suadi Arabia and the UAE in the Middle East. India committed suicide trying to force its economy out of a cash-based economy with his leftist Prime Minister who has done far more harm to India than good.

South Africa has seen political change sweeping the nation because of the failure of this BRIC dream. The new ANC government of South Africa wants to nationalize the central bank and expropriate the white minority. They want to now take control of the central bank 100% and you know what that means – total economic disaster. The bank will now become the political tool of government divorcing any economic management whatsoever.

Then there is Brazil, burdened with corruption and everything within the social structure is collapsing. The symbol of this economic failure is the effective closure of its Rio de Janeiro’s splendid Municipal Theatre which has gone dark as months of unpaid wages forced ballerinas and opera singers into poverty.