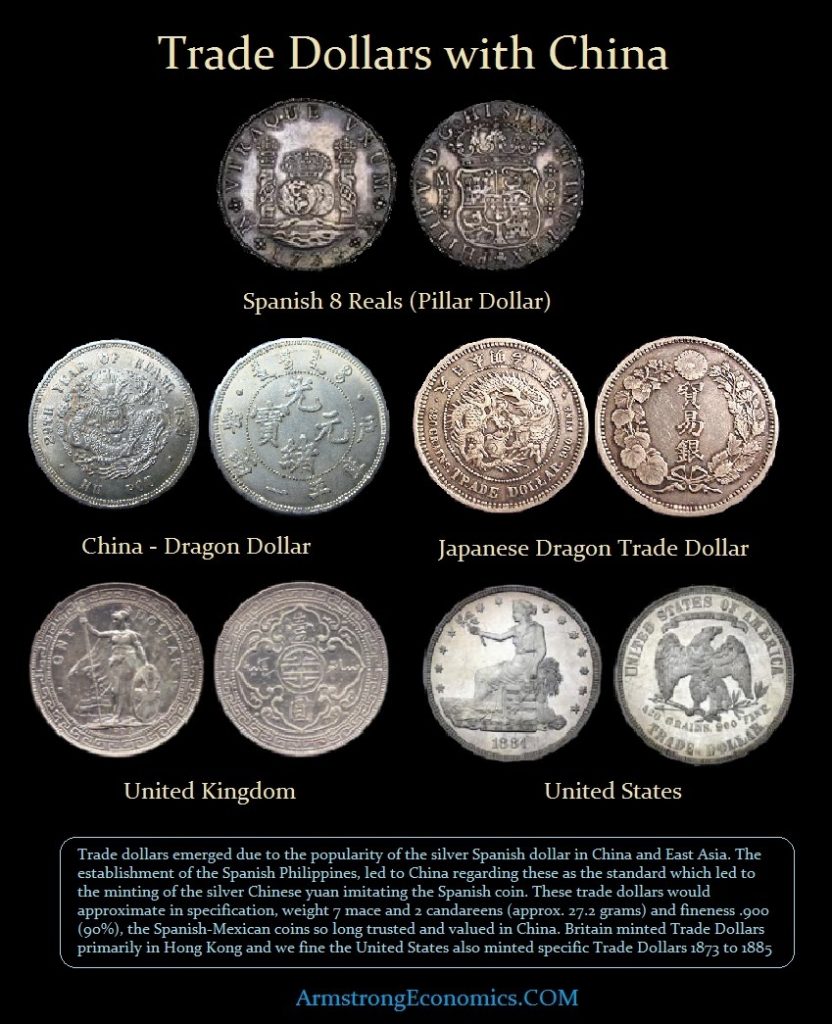 QUESTION: Mr. Armstrong; It seems few people even understand that there have been two-tier monetary systems. Do you think this can be a possible tool in the currency crisis you are forecasting for 2021?

Looking forward to Rome and meeting Mr, Farage as well 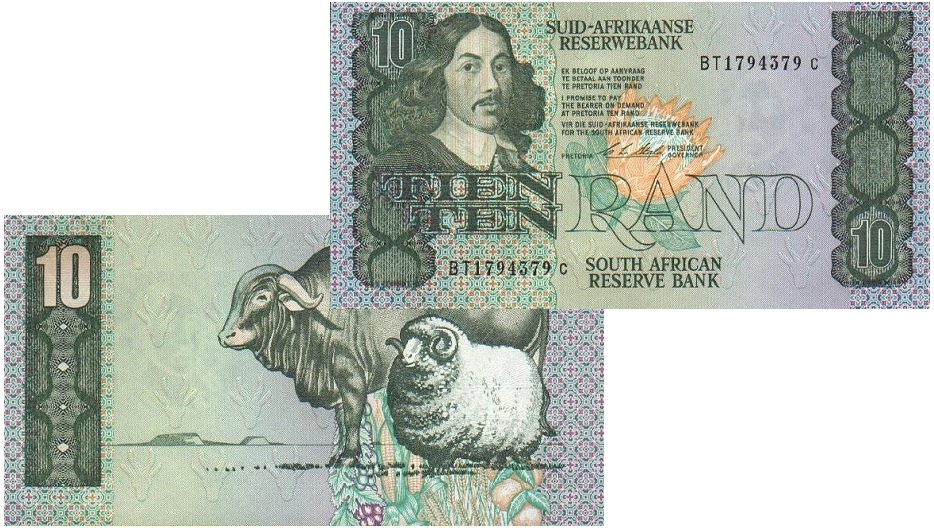 ANSWER: Various countries used to mint trade dollars in silver with different weights for external trade with China. That was a two-tier monetary system for trade during the 19th century. But there have been instances where there were two separate currencies that were also used as capital controls to isolate the domestic economy from the external international capital flows. This was the case with South Africa.

An important example of an official deliberate two-tier monetary system is the modern monetary history of South Africa. Until the late 1960s, South Africa had a fixed exchange rate for its currency. The rand was pegged to major foreign currencies, as was the case under the Bretton Woods system.

It was during 1979 when the South African government switched to a system that formally expressed parity against the dollar. The value of the rand followed changes in the balance of payments and moved roughly with sterling and other weaker currencies until 1985 when the dollar soared and the birth of the Plaza Accord took place.

The government realized that its domestic policy objectives were incompatible with international investment. They then created a parallel currency to act as a two-tier currency unit they named the “Financial Rand.” This hybrid currency was used exclusively for the movement of nonresident capital during the 1980s and early 1990s. The Financial Rand developed out of currency-exchange controls instituted in the early 1960s, known as the “blocked rand.” The Financial Rand was available only to foreigners for investment in South Africa and was created by the sale of nonresidents’ assets in the country.

Therefore, South Africa created a formal two-tiered currency system, which insulated the country’s foreign reserves from politically motivated capital flight. Since any divestment by nonresidents was automatically met by new investment, and the price of the Financial Rand varied independently of the commercial rand, a stability was achieved.

The Financial Rand invariably stood at a discount to the commercial rand, but the size of the discount depended on South Africa’s relative attraction as an investment destination. The discount stood at almost 40% during most of 1992 during the political crisis. The Convention for a Democratic South Africa (CODESA) began in December 1991 at the Johannesburg World Trade Center, attended by 228 delegates from 19 political parties. Mandela remained a key figure and after de Klerk used the closing speech to condemn the ANC’s violence, he took to the stage to denounce de Klerk as the “head of an illegitimate, discredited minority regime”.

This confrontation caused the rand to collapse. CODESA 2 was held in May 1992, at which de Klerk insisted that post-apartheid South Africa must use a federal system with a rotating presidency to ensure the protection of ethnic minorities. Mandela opposed this idea and demanded a unitary system governed by majority rule. Following the Boipatong massacre of ANC activists, Mandela called off all negotiations, and called for a special session of the UN Security Council and proposed that a UN peacekeeping force be stationed in South Africa to prevent “state terrorism.” Calling for domestic mass action, in August the ANC organized the largest-ever strike in South African history, and supporters marched on Pretoria. The rand declined to about 20% by late 1993.

Finally, by March 1995, with foreign reserves of only about R12 billion, the government abolished the financial rand. The newly unified currency began to trade on international currency markets, marking a vote of confidence in South Africa’s business potential.

Only a two-tier currency system can possibly weather the economic storm on the horizon from the collapse of the European Union at the hand of this lethal combination of policies. The next banking crisis will most likely begin in the Eurozone due to a continued failure to resolve the systemic weaknesses of its construction. The failure to have consolidated the debts means that the failure on the state level will ripple through the entire European economy. In the United States, state debt is not used for reserves. The failure of California will only send bond seekers into the federal debt who are fleeing state and municipal debt. We see that in Europe as capital fled from most members concentrating in Germany, which is the US Treasury equivalent within the Eurozone. With the first bail-in under the BRRD agreement, the contagion will be devastating as was the case when Michigan closed its banks in 1933 in the USA.

The Financial Rand fell below the domestic commercial rand when the 1992 political crisis unfolded, and capital fled South Africa unwilling to invest in a nation that might move into civil war. The two-tier currency system can and does help to distinguish between domestic and international capital flows.

There is the potential to create a two-tier monetary system with a new type of international currency that is separate and distinct from that of the domestic currency. This would allow the US dollar to end its reserve status and end the clash between domestic and foreign policy objectives.