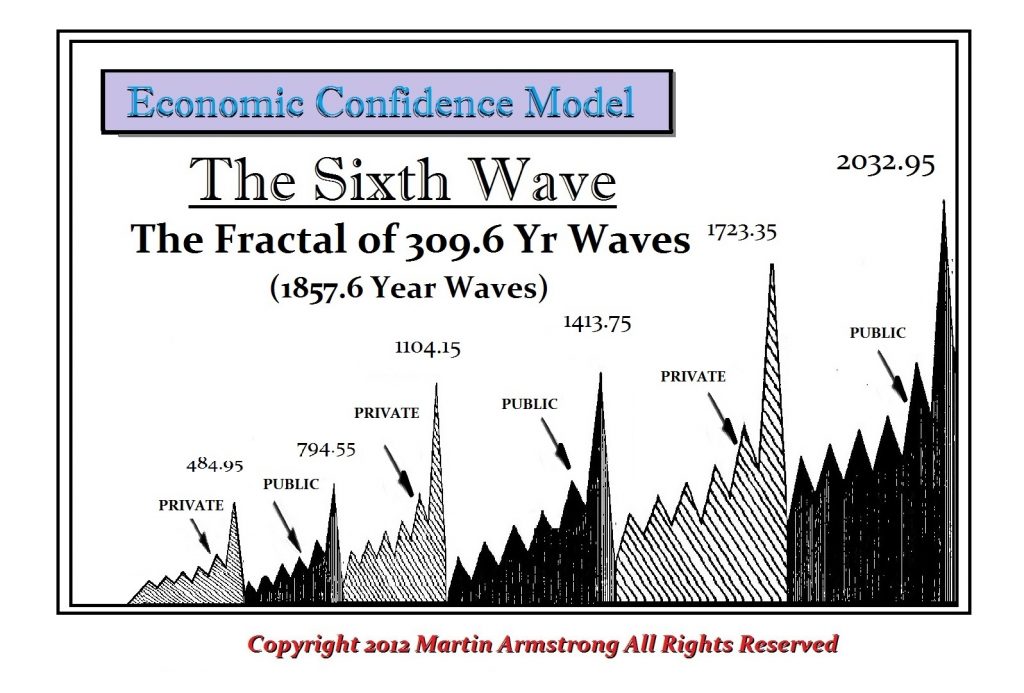 QUESTION: Marty, do you think this Deagel forecast for a drop in population that is not explained is just taking your forecast for the conclusion of the Sixth Wave?

ANSWER: I am not sure what they are referring to or how they arrived at that conclusion. Yes, I have said there remains the risk of a 50% decline in population as the Sixth Wave of the Economic Confidence Model concludes. This is historically standard. It is a combination of disease and global cooling – not warming. Germany has also had the coldest April in 104 years and France lost 80% of its wine crop during to cold. Naturally, these people are claiming the extreme cold is also because of CO2. But they just make up this stuff. There is never any accounting with respect to history.

No US city is the same latitude as Paris. If you look at a globe, you’ll see that Paris is at roughly the same latitude as the northern tip of Newfoundland, Canada. Paris isn’t all that far from the Arctic Circle. This means it’s very dark in Paris during the winter! Keep in mind that the Gulf Stream has kept Europe warming than what you see on the same latitude in Canada.

Our models on sunspot warn of a prolonged solar minimum which will not bottom until around 2050. As the climate cools, there will be a rise in disease due to malnutrition and crop failures. This is not CAUSED by Gates, it is a natural cycle. But Gates’ interference is likely to increase the climate crisis and lead to far more deaths than would otherwise take place. He is advocating shutting down fossil fuels which will be needed to save lives.

Keep in mind that our models have also correlated volcanoes to solar minimum. Therefore, volcanic activity increases with solar minimum and it has been the volcanic winters that create the worst crisis because they block the sun as Gates wants to do. There are scientists who are starting to actually correlate these trends. The death rate will be far higher in the less developed countries. But it will also be greater in Europe than in North America.

Moreover, we are looking at the collapse of governments on a wholesale level. This is the end of Republics as we have known them. These waves produce complete changes in political systems. Even the last 309.6-year wave led to the collapse of monarchies. This time it will be the Republics and hopefully, we will have a new generation of founding fathers who will turn to direct democracy.

« Collapse of Entertainment – Including Sports
Political Chaos of 2022 »