How Could Socrates Forecast Food Shortages in the Cycle Years in Advance?

QUESTION: Marty; You were the only one to forecast this would be a commodity cycle driven by shortages. How can your computer forecast such things like this shortage years in advance? They are warning we will face serious meat shortages when Bill Gates was investing in meat substitutes. This is falling within his whole scheme of climate change just using the virus instead of Greta.

ANSWER: I am not entirely sure. Yes, it is true that Bill Gates and Leonardo DiCaprio joined forces, not just in climate change, but in promoting meat substitutes because cattle eat grass and emit CO2. It will take more time to analyze how Socrates put this all together. What I can say is that it was able to forecast wars, because those who knew a war was about to begin moved money in advance. The computer would pick up the shifts, but it could not say who was moving the money or why. After watching the pattern repeatedly, it became clear they would move capital ahead of such events. Obviously, if there was the likelihood of war between China and the USA, China would seek all US debt in advance.

I know for a fact that there were select individuals who sold all stocks and bonds in January. I also know it was ahead of the news and it was because of the virus. Therefore, advanced knowledge existed. That does not mean the virus was planted. I also believe based upon evidence that the virus existed during the previous flu season. To sell stocks and bonds and move to cash implies knowledge that debt would have to be expanded dramatically, so you certainly do not want government debt. 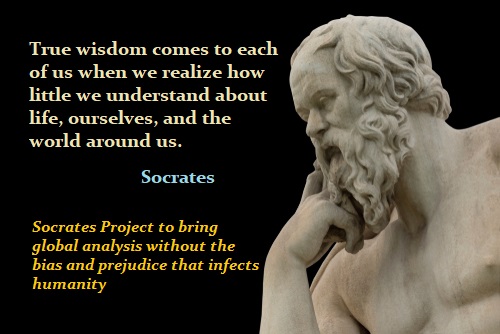 Socrates had forecast this cycle would be the commodity cycle built on the rise in prices due to shortages rather than an economic boom. I will run studies to try to determine how it made that forecast in its entirety. Collectively, monitoring everything in the world, Socrates sees things that humans simply cannot put together in their minds for there are too many variables. Additionally, 2015.75 was the peak in government and the start of Big Bang in the debate crisis that will take us into 2028, after which debt may simply no longer exist. It projected the War Cycle would begin turning up in 2014, which was also the combined forces of both civil unrest and international conflict. It also had forecast that someone like Trump would win in 2016, and the risk that the Democratic Party would split between radical Socialists and more conservative middle of the road Democrats.

In other words, it was projecting across many models that from 2014 heading into 2032 that the world we were entering would be nothing like it once was. There have been groups like the goldbugs who have preached the collapse of the dollar and hyperinflation since 1971. Being wrong in that score for 60 years does not bode well for timing. It is also why they have been largely ignored and seen as wearing tinfoil hats. Getting the timing right is a critical factor for people who have long assumed an increase in the supply of money must decline its value. They never understood the difference between the currency of the dominant empire and that of a peripheral economy.