Many people have asked how far do we may forecasts at our conferences. Here is a clip from the February 1996 World Economic Conference (WEC) forecasting the Dow would rally from 5500 to 7000 and perhaps to 10,000 on capital inflows by 1998. In this short clip you will see that this forecast was made by looking at the world from a global perspective stating that the computer projected a major capital inflow from Japan taking the dollar up against the yen from the 105 level to 145 by 1998. Both of those forecasts were interlinked and thus one takes place because of the other. This is why our conferences are well attended. This one coming up in November held in Orlando is going to be a major forecasting event for the future.

Yes our seat prices may be the highest in the industry, but we do so (1) to keep the audiences within a reasonable size instead of thousands, and (2) we do not solicit you to invest money or buy swamp land in some remote area. You get what you pay for – first class event and no fleecing you with solicitations. 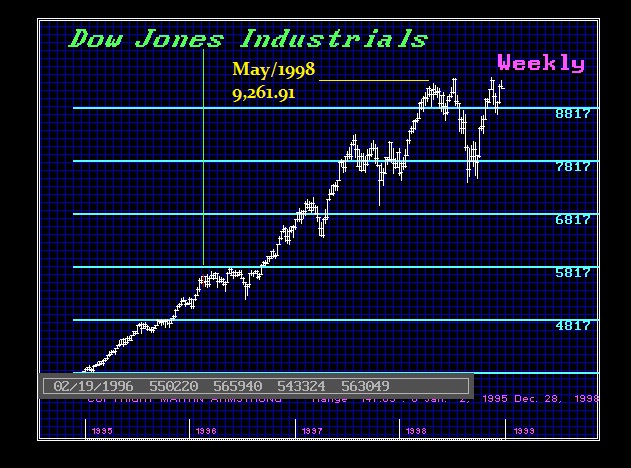 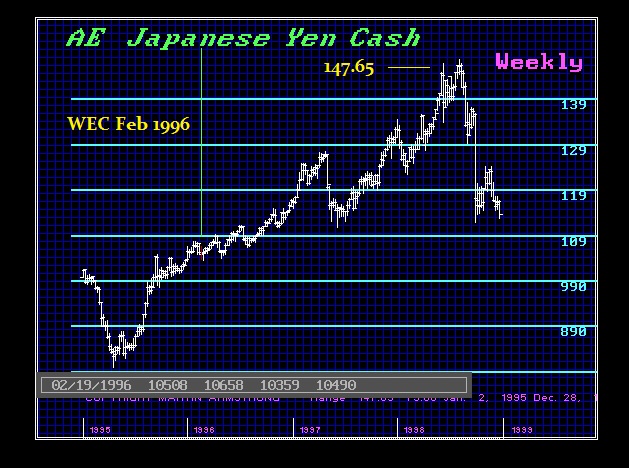 « Mutual Funds versus ETF’S
The Plague of One-Dimensional Analysis »