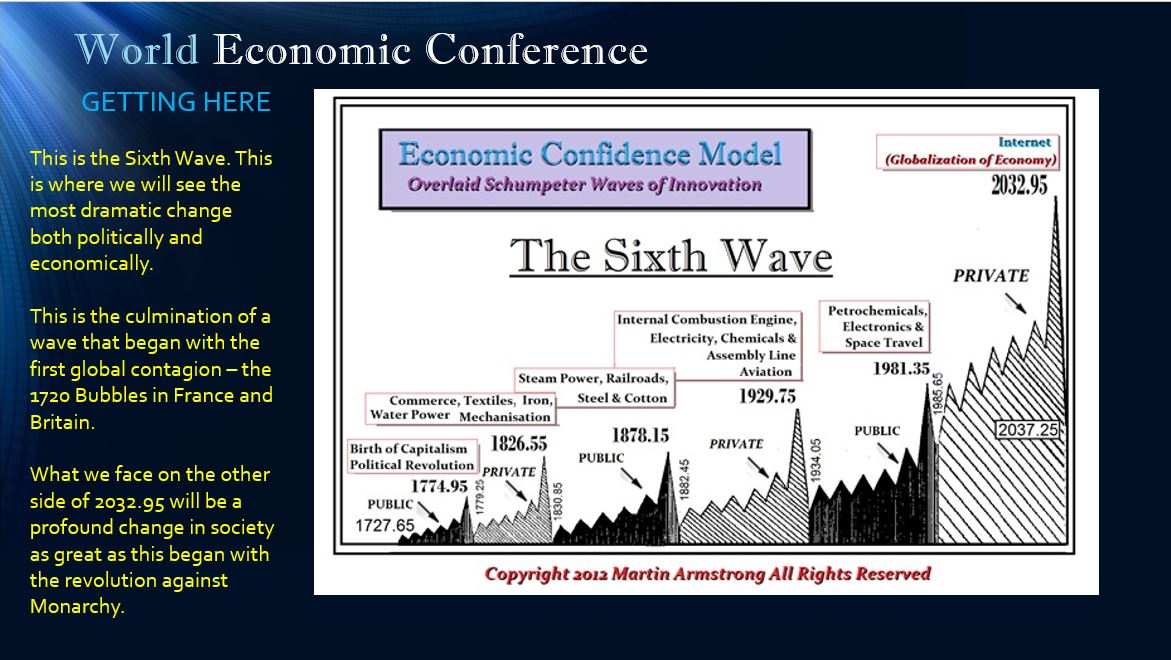 Yes, we will be addressing the seriousness of the culmination of the last three waves. 2015.75 was the start of the Big Bang — the midpoint in this immediate 51.6 year wave. This sequence of the 309.6 year wave began with the revolution against the monarchy; what comes this time is either real Democracy or authoritarianism. Government is doing everything in its power to achieve the latter.

They KNOW what is coming. Everything they created is crumbling before their eyes. Socialism has been robbing the people to further the corruption in government. It has lowered the living standards and has subsidized education and medicine to the point where they no longer need to be competitive. These are two areas that will need serious reform. Tracking money and people will not prevent the demise of the political-economic system we find ourselves within. What comes after this crisis is the unanswered question.