The Difference Between Money & Currency 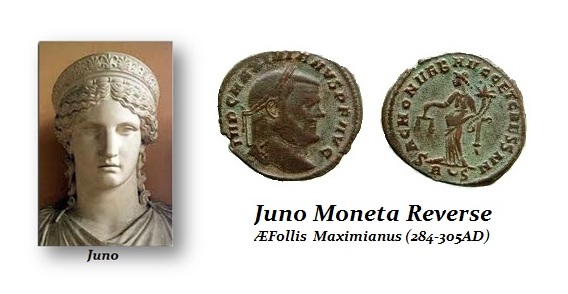 QUESTION: Mr. Armstrong, there appears to be a dispute between what is money and what is a currency. Can you define each easily?

ANSWER: “Currency” is an official monetary instrument used in commerce. Currency must be “legal tender,” which means the government will accept it in payment for taxes. “Money” is a much more questionable element for it is different things to different people. The goldbugs would kill you if you dared to say gold and silver were not money. But go to Starbucks and try to explain that a silver dollar should buy you two coffees. Good luck! They will look at you as a con artist.

Money has traditionally been some commodity, be it gold, silver, bronze, seashells, cattle or sheepskins. You certainly cannot historically declare anything to be money for its changes with cultures and time.

As the legend goes, the Gauls attempted to invade the city of Rome quietly but had frightened the sacred flock of geese who made a lot of noise at the Temple of Juno. This alerted the Romans to the surprise attack giving us the word “monere,“ meaning “to warn” in Latin. The Temple of Juno then became popularly known as the Temple of Juno Moneta. Since this is where the coins were minted, we now arrive at the word “money” that springs from the origin of this legend and place that was an ancient mint. Our terms, such as capital flow, arrives from the Latin word “currere” meaning “to run” or “to flow.” This is where the money flowed from, and gives us the word “currency” meaning the “flow of money.” This is why Juno Moneta is pictured on Roman coins as holding the balance scales in one hand and a cornucopia in the other symbolizing endless bounty or wealth. This is the birth of the terms “money” and “currency.”

You can argue with Internal Revenue Service that gold and silver are “money” all you want, but they do not have to accept it in payment of your taxes. The paper dollar is the currency and duly states “THIS NOTE IS LEGAL TENDER FOR ALL DEBTS PUBLIC AND PRIVATE.” The Supreme Court nullified all gold clauses in private contracts (PERRY v. UNITED STATES, 294 U.S. 330 (1935)), so legally only paper dollars are “currency” for they are accepted by law publicly or privately.