The Central Bankers Are Crazy & Public is Out Of Its Mind – Where’s the Beef? 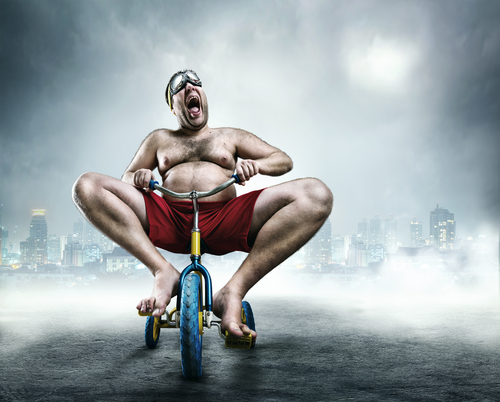 The central bankers are simply crazy, not evil. They are trying to steer the economy by utilizing this simpleton theory that if you make something cheaper, someone will buy it. Japanese and German cars managed to get a major foothold in the U.S. because the quality of U.S. manufacturers collapsed, thanks to unions. The socialist battle against corporations forgot something important – the ultimate decision maker is the consumer. The last American car I bought in the 1970s simply caught on fire while parked in my driveway. Another friend bought a brand-new American car and there was a terrible rattle. When they took the door panel off, there was an empty bottle of Coke inside. Cheaper does not always cut it. Gee, shall we cheer if the stock market goes down by 90%? It would be a lot cheaper. Why does the same theory not apply?

Then we have the trading public. If the central bankers have gone crazy with this whole negative interest rate theory, then the public is simply out of their minds. The euro rallied because Draghi cut rates further, extended the stimulus another year, increased the amount by another 33%, and then declared rates would stay there for years to come. And these insane traders cheer. Unbelievable! They are celebrating the public admission of Draghi that all his efforts to date have failed, so let’s do even more of the same. And they love this nonsense? Negative interest rates have become simply a tax on saving money and the stupid traders and media writers love it. The Fed tries to raise rates and they say – NO! This is a stunning combination of admission and stupidity that one would expect from a pretty but clueless girl and her drunk college boyfriend who can’t say no to any girl:

“I asked John if he slept with Karen and got his admittal!”

“I told him, Oh that’s cool, I think it’s probably about time you stopped drinking.”

All they see is that lower interest rates “should” stimulate but ignore the fact that they never do. They are too stupid to grasp the fact that raising taxes cannot be offset by lower interest rates. People judge everything by the bottom-line and not some crazy theory that’s just stupid. A simple correlation study by a high school student in math class would prove this theory does not correlate to the expected outcome. And we cheer this insanity confirming our own overall stupidity and one is left wondering who is crazier? I suppose it is just that central bankers are crazy and the public, as well as the media, are just out of their minds.

It reminds me of the old TV commercial by Wendys: