Sweden – Manipulation or Enhancing a Move?

QUESTION: Marty, Socrates correctly projected the claimed Citibank manipulation of Monday in Sweden. It wrote: “The strongest target in the Daily array is Mon. 2nd for a turning point ahead, at least on a closing basis. There are 4 Daily Directional Change targets starting from Mon. 2nd to Fri. 6th suggesting a choppy coiling period for 3 Days. I”

How did Socrates project this and then showed it would bounce with another Directional Change? Was it really a manipulation? Citigroup did confirm that it played a role in yesterday’s flash crash. They released a statement: “This morning one of our traders made an error when inputting a transaction. Within minutes, we identified the error and corrected it.” The exchange refused to cancel the trades. This is confusing for it was not beyond the parameters that Socrates laid out including the technical analysis.

Any clarification would be interesting. 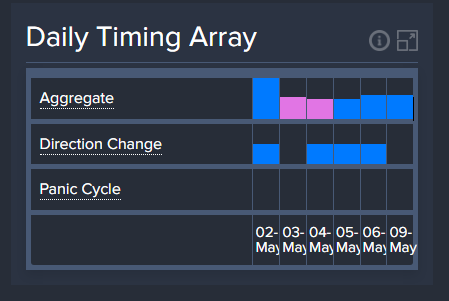 ANSWER: I understand that the common definition of manipulation is simply a big move. To me, this was NOT a manipulation. My definition is moving a market COUNTER-TREND which this was not. Yes, Socrates projected that Monday the 2nd would be a low and that the Directional Changes back to back suggested it would be more of a knee-jerk reaction rather than a change in trend. The array showed the biggest target would be Monday, May 2nd.

There had been low volume. Thus, if it was a mistake, a smaller amount of selling could have a greater impact. However, it still did not move beyond the parameters of the trend as pre-defined by Socrates. Even the technical analysis that the computer does itself showed that this was NOT outside the norm. I appreciate that everyone will jump on this as a “manipulation” but that is just not the case. Manipulation is something that MUST simply be COUNTER-TREND. Making a market move in the direction of the trend in a spike manner is NOT a manipulation. At best, this is ENHANCING a move within its trend. But it is not a manipulation.