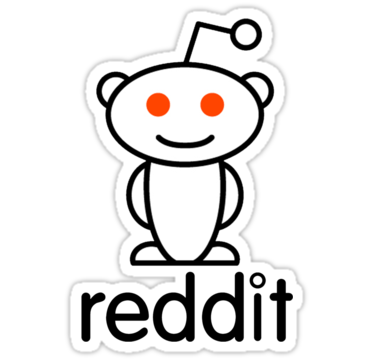 A number of people have commented that somehow the people on Reddit are taking our forecasts and touting them when to buy as in silver now. It appears that way for  I have been warning for months that the gold/silver ratio will collapse and that silver would gain over gold. The danger that whoever is really behind this Reddit forum is will more likely bring the SEC down on free speech because you cannot tell people to buy stuff and then have a position in the same thing you are touting without full disclosure. That can be 20 years in prison and as long as you are not a New Yorker, you do go to prison. 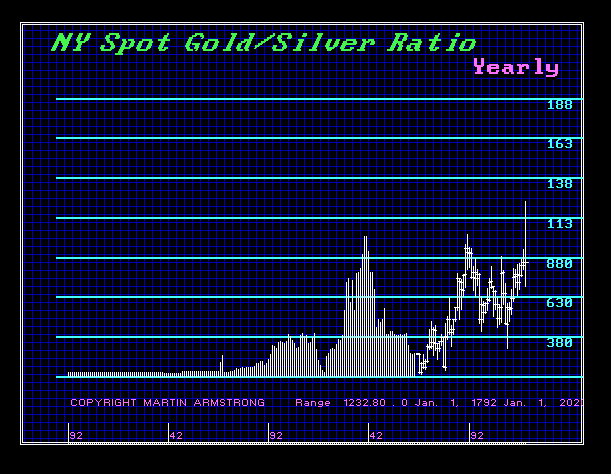 The ratio made a new historical high exceed that of World War II when silver was cheaper than even nickel 1942 to 1945. It was used to replace the 5 cents “nickel” coins during the war. We put out our forecasts recommending silver over gold and that has been a good trade. However, these people behind Reddit are making it appear that if people follow them they can beat Wall Street. 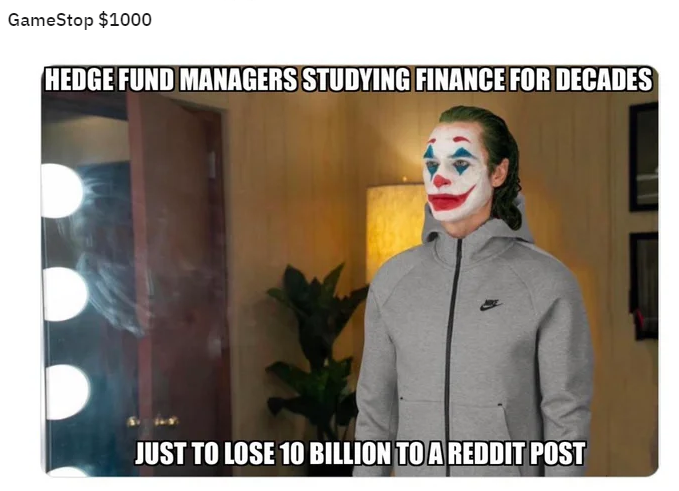 All they have been doing is picking the trade that is in motion. They are NOT capable of manipulating a market insofar as turning a bear market into a bull market any more than Wall Street can. If the Wall Street crowd was all-powerful, then they would not blow themselves up and run to the government for bailouts. What they have been doing is accelerating the move but the timing remains the same. Only the volatility rises. 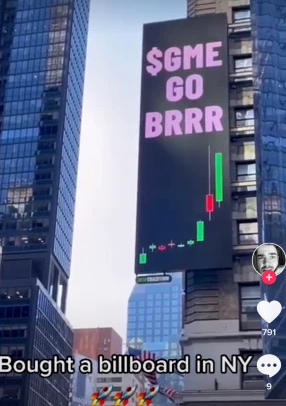 A word to the wise! You will lose everything if you think these people are never wrong and can beat Wall Street. Taking out billboard signs bragging about GameStop is not going to prevent a crash.