QUESTION: Mr. Armstrong, you have said that the Pi cycle shows up everywhere in finance. I have looked at the charts you posted in the Roman Empire. Has this had a major impact in modern times aside from your Economic Confidence Model? 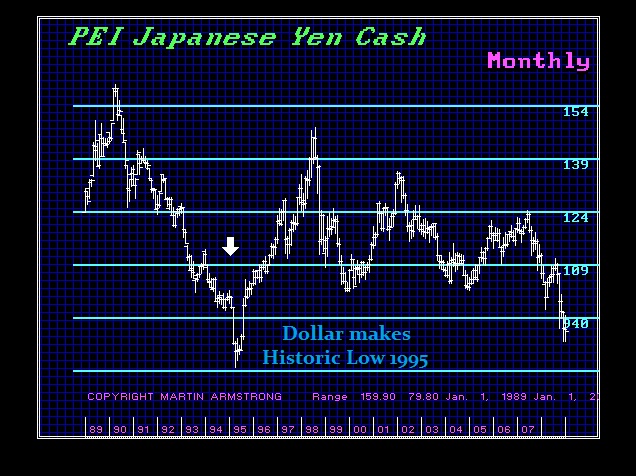 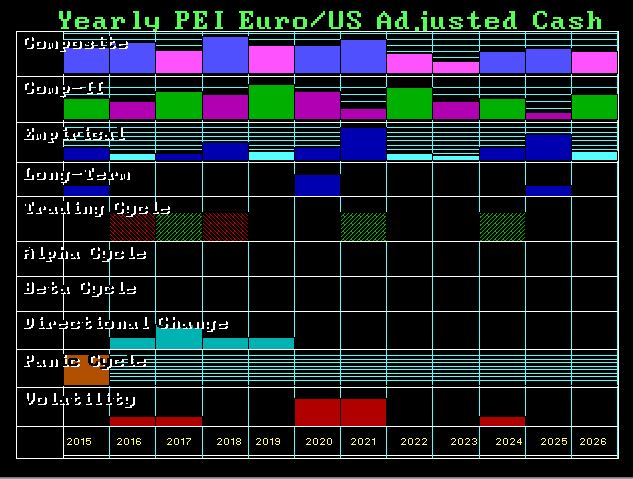 This is but one derivative of time. There are over 40 tests that the computer runs on pi alone. This is why the Forecasting Arrays cannot be reversed engineered because there are 72 independent models that provide the sum of all timing models which includes numerous sub-models within each. The top row, the composite, is the most important as it reflects turning points with the highest and lowest bars. The color changes to indicate direction — blue rising; pink declining.

Panic cycles are outside reversals or big moves in one direction (breakout/collapses), whereas volatility is measured in three primary manners: internal (difference between high/low of trading session), overnight (previous close to open), and general volatility (close to close).

« Stock Market vs. Currency Inflation
The Numbers are the Numbers »