People Migrating South & Are Smarter than You Think 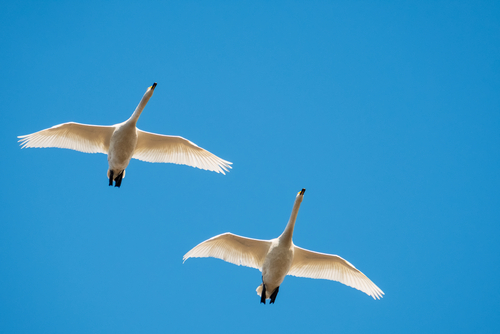 Birds are not the only creatures migrating south. In the United States, more and more people are leaving the highest taxes state and moving to lower tax states. One of the states that has seen large scale migration outward has been Illinois, where taxes are going insane and the there is no end in sight. Florida seems to be the number one destination. Housing prices are rising because of the net migration leaving the higher taxed states in the North. Within Europe, the youth have been migrating from Greece and Spain northward in search of jobs.

Likewise, we are also starting to see a surge in real estate in some areas driven by the first upticks in interest rates. Contrary to what the pundits believe that higher interest rates would cause the economy to turn down along with the stock market, they are being proven wrong every time because people are not as stupid as the pundits. Why buy a house and rush to lock in a low interest rate when they keep moving lower? As soon as mortgage rates began to rise, that’s when people spend because they KNOW it will cost them more to now wait.

The same thing happened in Japan. The month before a big imposition of sales tax was to hit, everyone ran out and bought whatever they contemplated. The surge one month before the tax increase made people think the economy recovered overnight.

Plain an simple, the average person responds to what they see. They do not understand the financial news nor do they even bother to watch it. I remembered that lesson from the peak in interest rates in 1981. My mother and her sister ran out and bought 10 year CDs at the bank locking in 20%. They picked the high and never watched a single TV show on markets. They did not ask me. They just did it.

Gold and the stock market will take off when people realize that government is in trouble. When they lose confidence, that is when they will start to pour into tangible assets.

« Government Is Not Reason, It Is Not Eloquence — It Is Force
Socialism – Family Structure – Gold – Food »