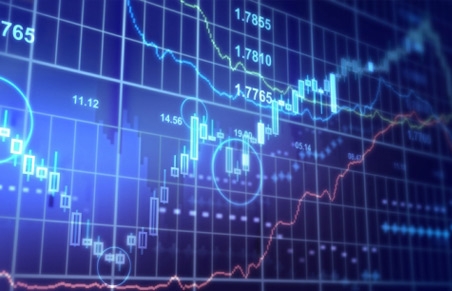 People are waking-up to the fact that they can substitute the expensive Asset Manager fees by doing it themselves. There are many ways but here we distinguish between Mutual Funds (MT) and ETF’s (Exchange Traded Funds). When buying into a MF it is via a company such as Blackrock, Vanguard, State Street etc. and they either execute the trade themselves or via a brokerage company. You are then part of a pool of money that tracks the underlying performance of the asset class. You are priced at the net asset value of the fund at the close of business that day. There is a bid/offer spread to the fund and typically a holding period with penalty for early redemption. ETF’s on the other hand are similar to a single name stock/Index/Municipal Bond etc. are traded directly on the exchange but bears no holding period. ETF’s attempt to track the net asset value of the underlying and are typically following an index; such at the S+P. One key difference is the cost – ETF’s are usually a lot cheaper to trade but on the other hand can be considerably riskier.

The growth of this type of self-investing has been huge. At the end of 2016 it is estimated the global ETF market was around $2,775bn (ICI data) with over 1,700 ETF listed. There are also rumoured to be around 79,000 Mutual Funds in the world, with just 7,900 in the Sates. However, much of the market size is dominated with in the US accounting for over 60% of the entire market value.

Growth rate into MF and ETF’s has only just stalled (in the US) but that could be because the US has such a dominant role and if considering the level of the overall stock market. Assets roughly stand around $16trn having been rising by over 12% pa since 1965 (according to Investment Company Institute). Although we are seeing a levelling-off in the US market we continue to see growth for less developed market and especially in Asia. The growth in India, for example, it is reported that Asset Management Companies grew AUM by 30% (reported by Value Research) over the past 18 months.

There could be several factors influencing recent trends. The mainstream players are facing a contracting market. This could be due to the absolute level (contract highs) and competition on fees. Clients are also becoming more financially aware, millennials are more socially astute with technology playing a huge role but also local emerging market players have started to reclaim their markets. This could be one of the reasons why GIC (Singapore sovereign wealth fund) is offering 2.4% stake in UBS; because of the increased competition from local funds in their own domestic market. UBS currently plays a dominant role within Asia for wealth management so it should not be a surprise that local companies are making a play to regain lost territory.