How to Read the Forecast Array 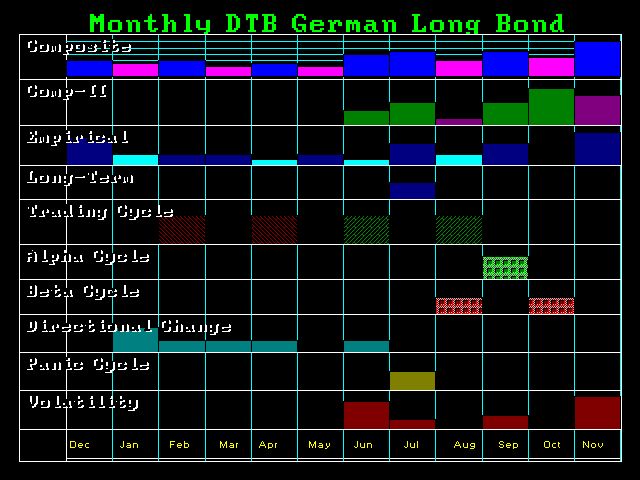 The top line is the composite of all 72 models. You can see clearly that there is a choppy but declining trend into May 2015. From May onward, there would be a shift in trend. This is what the top line was showing. The top line is always the most important for it is the sum of everything. Directional changes tend to be very good. This also reflected a very CHOPPY trend from January into May. Note that things should begin to become more volatile post-May 2015.

In stocks, it was the same thing. I stated many times, there should be no breakout or crash before May. The U.S. share markets would just churn sideways. Turning points are the highest bar and the lowest bar. This is the only way to forecast markets, for it is not my opinion of what I think should happen. There are way too many markets for me to keep track of personally. It takes a computer to see the world continually. Once you become familiar with how to read the arrays, then it really does not depend upon my personal opinion. 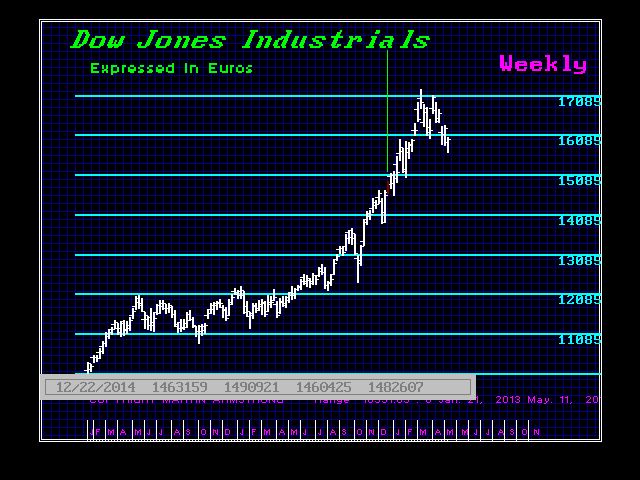 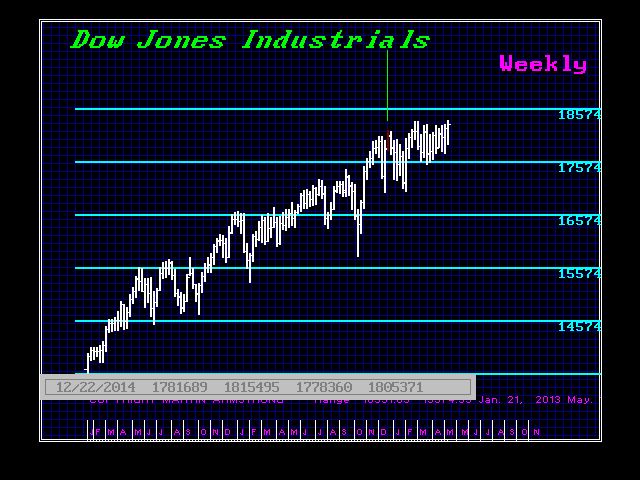 Here is the Dow so far for the year in dollars and the euro. Everything is connected; the rise in the dollar would prevent any crash, as foreign capital would be buying based upon the currency. Understand that this is NOT my opinion of what I would like to see or anything of the sort. This is looking at the world and comprehending that everything is connected, so you cannot have anything out of place. I wrote on January 31st about the Dow Jones: “Nonetheless, the oscillators are also turning negative. We still see a correction and basing into May. Keep in mind, that it is unlikely we will see a major crash for foreign capital will be buying the dips.”

This not about me being personally right or wrong; this is about pulling back the curtain and observing how something is functioning. NOBODY can forecast anything on a consistent basis from the perspective of personal opinion. That is just not possible. So you either want to learn how the world really functions, or you want to remain in the stone age throwing spears and trying to prove that nobody can predict when the sun will rise tomorrow based upon history.