Gravity Being Revealed & Cycles in the Mind 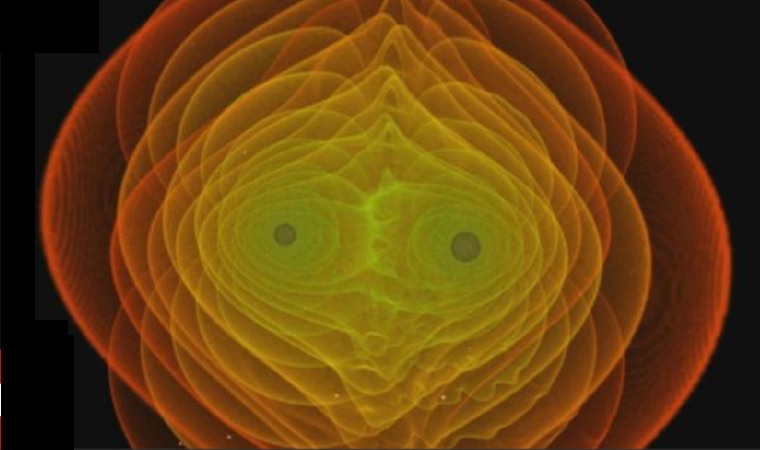 While we are living in a fictional world where we assume we can manipulate the outcome of our social economy, major advancements are being achieved in the real world of science that further demonstrates that the core of everything is its cyclical nature. Here is the latest discovery confirming gravity waves. The photo above is of the gravity waves of two black holes colliding together 1 billion light years away. Scientists are ecstatic for this proves Einstein was correct.

It has been discovered that resting brainwaves within the human mind function in a very specific harmonic pattern or cycle. The latest study suggests that the mystery as to why these spontaneous patterns of brain activity occur even when people are at rest is coming to light. Cycles are how ENERGY moves. This is the key to the world around us as well.

As humans, the majority buys every high and sells every low BECAUSE they find comfort in the movement of the majority. It takes someone capable of seeing the patterns to say, “Hey! I am not a drone following the crowd.” The majority makes the markets move for that is their function in life. They simply are there and their “energy” of emotion causes them doubt whenever the trend moves against them when it is driven by the majority.

Perhaps one day we will take that real giant step forward. But to do so, we really have to change government and the way it operates. Without that single step forward, we are trapped in a reappearing pattern throughout time and space without the ability to learn collectively from our mistakes.

« The Real Implications of Forecasting Are More Profound Than you Think
Gold: Here We Go Again? »