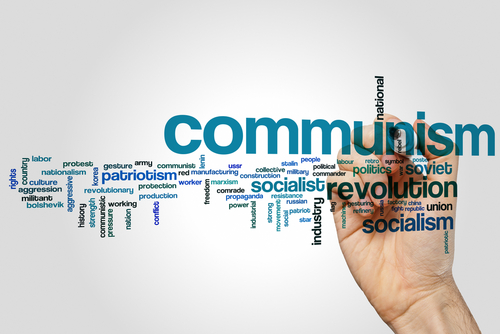 There are some left-wing people in Western Europe who argue that Communists are not represented in politics and this is somehow unfair. They do not understand that left-winged beliefs and communism are completely different. The left wing in the USA and Europe are really Socialists who champion gay rights and other social issues. In Russia under communism, the communists would imprison anyone who championed gay rights.

Under communism, the state is supreme and everyone is subservient to the state. There is no championing of individual rights for everyone is equal (except for politicians) and are really just the property of the state. It is true that in Russia this thinking process still exists against some groups as a residual from the days of communism. This illustrates the stark difference between left-wing socialism and communism.