Central Banks Made Govt Debt the Riskiest Debt of All Time 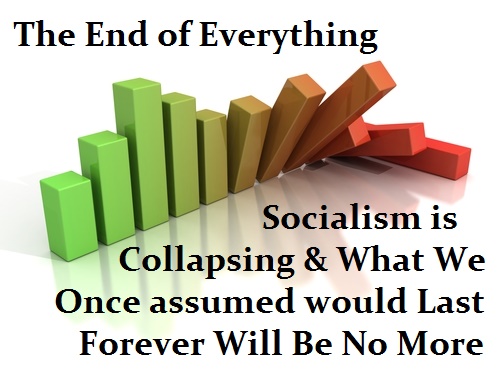 The central banks have risked it all and lost. They have reached the point of no return. The Fed decided not to raise rates, which are desperately needed to prevent a collapse in pensions and insurance companies, and merely froze like a deer in headlights. The superficial analysts who think lower rates are good for the stock market are blinded by their own stupidity. The theory that low rates will encourage people to buy stocks is brain-dead and demonstrates that these people are incapable of comprehending how the economy functions.

The central banks have gone way too far and are now trapped. They do not have the ability to influence the economy anymore for they are loaded with government debt that will default. They have converted government bonds into one of the riskiest asset classes of all time.

More and more of our institutional clients (pensions & insurance) are bailing out of government bonds and switching to corporate. Why? No major corporate debt becomes worthless. One was audited by S&P and they remarked that they were taking on more risk. They conducted their own studies to verify what we have been saying and found no corporate defaults, but countless government defaults and partial defaults. In the few rare cases of a default, you receive a payout after liquidation. In the case of government debt, you have something to frame and that is all. Government debt is unsecured and since they have the guns and the armies, you cannot force them to pay anything.

Some insurance companies have come out and stated publicly that they are selling government debt and moving to corporate. Swiss Re AG moved more of its investments into corporate debt as conceded by its chief investment officer who said, “If you’re looking for a bubble, here you go…With government bonds, you’re not adequately compensated for the risk you’re taking.”

We have been in meetings with pension funds. Here too, we find the same response. They are starting to shift. Government debt has become a time bomb. A simple 1% rate hike will be devastating to bond values and blow the budgets of government sky-high.

The European Central Bank has created a total mess of the European banking system. Negative interest rates have been devastating. Now in the Middle East, the National Bank of Abu Dhabi and First Gulf Bank PJSC are exploring a potential merger to create the largest lender in the Middle East. But forget the fluff — banks do not merge unless there is a problem. Rumors behind the curtain say First Gulf Bank PJSC is in trouble.

Negative interest rates have destroyed much of the economy. The rise in regulations and taxes have combined to create the weakest recovery in the United States post-Great Depression. This is not going to end nicely. It is only a matter of time before the general public begins to see the real crisis, and then everything will explode in their faces.