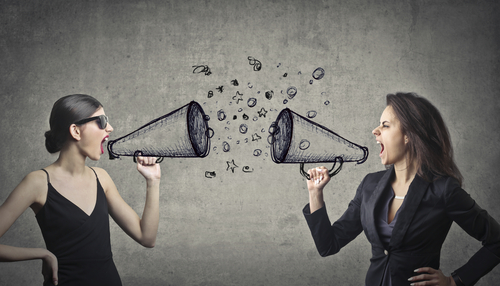 COMMENT: Marty, the goldbugs are out in force saying that the banks have admitted they manipulated silver. It is interesting how these people lack any understanding of the markets. Just give up. They deserve their own fate.

REPLY: Yes, I know. It is rather pathetic. It demonstrates how ignorant they are about trading and the marketplace. The banks have been clipping people for decades (“manipulation”). The big institutional traders have been slow to realize that you cannot trade with someone who takes the other side of that trade and expect them to do this on an altruistic endeavor. This type of “manipulation” is by no means systemic to justify that they have been so dead wrong in their forecasting for decades. This “manipulation” has always been present in every market. The dealers know where the stops are, and if they are within striking distance, they “manipulate” the market to execute them. The floor brokers routinely used to tell you where the stops were. Sometimes they were too close and could be taken out so the brokers went for them. Other times they could not reach them. Sure, you can call this “manipulation.” However, that manipulation does not alter a trend. That is completely different from “manipulating” a bull market into a bear market. But hey, I agree. They deserve what they get. They act as if the metals are unique and only they have been suppressed. NEGATIVE INTEREST RATES = DEFLATION. The disposable income of the elderly has collapsed. Sorry, where is the inflation coming from except in their dreams. The world is imploding.

I do agree. These people have been wrong and they want to blame everyone else in the world but themselves. They alone are right and the world is wrong. They do deserve what they get for if they cannot learn the lesson that the FREE MARKET is everything connected, then they will be separated from their money every time. They are the fuel that drives the markets because the MAJORITY must always be wrong. They do not want to admit that, so they lie to themselves and say that the world is wrong and they alone are right. They are ignorant to the fact that we are in a commodity deflationary trend because China turned down and sharply reduced their buying. India put on all kinds of regulation to stop gold purchases. They ignore that as well. So yes, they deserve what they get if they cannot see the light.

Those who immediately claim the goldbugs are correct lack any trading experience whatsoever. Why are they even pretending to comment on the markets when they do not understand how they work? That would be no different than me trying to critique a brain surgeon. Come on. If you have never traded size, you are not qualified to comment. You obviously have never seen how banks move spreads to clip clients ALL THE TIME. Why do you think many banks are ending their proprietary trading like TD Bank in Canada and Deutsche Bank? All banks who trade on a proprietary basis “manipulate” the market in this way by moving the spreads to clip clients. How do you think they made money? The goldbugs forget the fact that the banks were fined for putting out fake research in 2003 for the DOT.COM bubble. The SEC announced:

The “global settlement” concludes a joint investigation begun in April by regulators into the undue influence of investment banking interestson securities research at brokerage firms. The settlement will bring about balanced reform in the industry and bolster confidence in the integrity of equity research.

I absolutely know for a fact that some pretend analysts have been paid by the bankers to mislead people into buying so they could take the other side. Plain and simple. But as long as they tell people to “buy” the metals, they walk on water, even when WRONG, and people lose money. So let’s get real here. You are not an “analyst” if you ONLY forecast to buy. Sorry, that is a promoter, not an independent analyst.

If you have never traded size, then you cannot possibly understand how this type of “manipulation” has always existed, and to convert this into proof why the metals are not 30x higher is consumer fraud in my book. Where’s the proof? This is like a guy writing a book on how it “feels” to give birth. If you have not traded size, you cannot understand how this type of “manipulation” does not alter trend; it simply functions with the noise zone of a market (any market, since they do it to them all).