I find it really interesting how Klaus Schwab champions the 4th Industrial Revolution and how Artificial Intelligence (AI) will change the world so we have to help shape it by destroying what we have to design the Great Reset. Only an academic would be that arrogant. The AI system I designed was from being a programmer and a trader – not an academic economist with book theories. I find it ironic that the economic theories that dominated the world during the 19th century, with the exception of Marx, had hands-on experience. Today, academics who lack any hands-on experience claim they have degrees. The world these people are trying to create is nothing more than a theory with no real-world experience.

I was a trader and one of the first hedge fund managers, not an academic economist. They also do not have degrees in hedge fund management. And as far as economics is concerned, of course, the first economic course was at Cambridge in 1902. Therefore, that means all those who preceded 1902 were self-taught in economics from Adam Smith and David Ricardo to Karl Marx and John Maynard Keynes who also had no formal Economics Degree – John Maynard Keynes was educated at King’s College, Cambridge from 1902–1906.

And, BTW, when John Maynard Keynes put forth his ideas the academics said he was wrong, absurd, and nobody should listen. Only when the Great Depression unfolded did they turn to Keynes when the academics failed back then as well. But Keynes NEVER advocated deficit spending perpetually and also advocated lowering taxes as a tool to stimulate the economy. These solutions were ONLY during a recession. It was the academics and their socialist agenda that supported deficit spending year after year but always advocated raising taxes to achieve Marx’s social justice. Sadly, what many believe is Keynesian Economics is a socialistic distortion of what Keynes actually advocated.

It was always traders who advanced the study of economics – not academics. If you look at the first analyst to establish supply and demand, it was John Law who was a trader on the exchange in Amsterdam and observed it from market activity. Even Adam Smith used John Law’s examples in “Wealth of Nations” actually investigated Law’s work to come up with his invisible hand. There was David Ricardo, who also made a fortune as a trader. Those are the three greats and NONE of them had a formal economics degree.

Those of us who come from the real world of trading, do not have the luxury to create Utopian theories that sound nice. We had to come up with ideas that worked because your money was really on the line. Unless you have traded, you will never understand that the market is always right. If you do not listen to the market, you will lose everything.

I find it ironic that here we have Kaus Schwab telling the world how his Marxist ideas of social justice must be adopted. He just advocated the fake virus to justify using these lockdowns to crush the economy destroying small businesses that are the future and employ 70% of the people. All of this to achieve his New Green Communist World Order. He is an academic who has never had a real job and so callously disposes of the future of our society and has the audacity to think it would work better if he played God and reordered society to function as he decrees.

Unfortunately, for Klaus, our AI system which is the ONLY fully function system in the world is forecasting that he will fail. He will be lucky if the people do not storm his headquarters, drag him out with all his accomplices and burn them at the stake or behead them the old fashion way. He has no concept that he is destroying the financial stability of families and thinks he can just hand out Guaranteed Basic Income for all the countless millions he puts out of work. 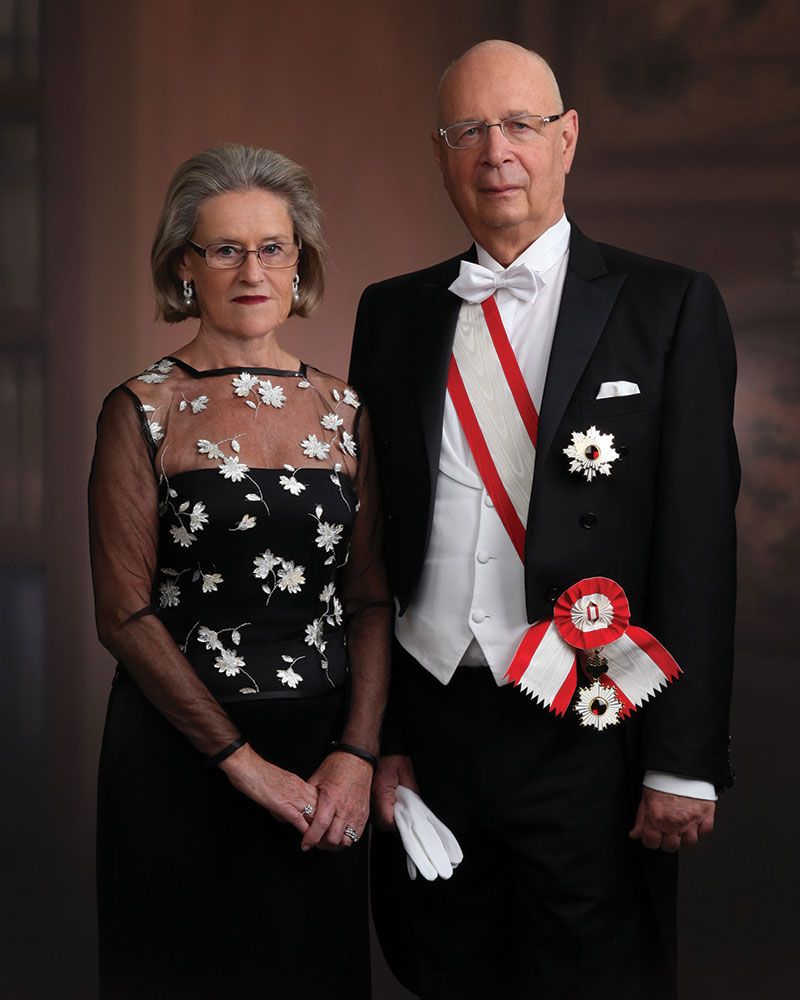 Of course, I call this Communism 3.0 because what is different is that he is not planning on confiscating the assets of the elite. He will not surrender his status, medals, and honors. They are there to demonstrate that he is competent to sit in judgment over us. Klaus argues that “equality” stops at the superrich for we need these people to retain their wealth and BigTech platforms so they can control the world and keep us all in line – establishing the 21st aristocrats. It is people like Schwab who are anti-religious as was Marx because they do not believe in such things as a divine power because they know far better how to redesign society and since it is flawed in their mind, God cannot exist.

So here we have a computer which I designed based on what I experienced in trading. Fundamentals mean nothing for they are just the excuses TV commentators make up to explain every day’s price action. The 1987 Crash investigation showed the real danger which is not news. They asked fund managers: Why did they sell? They called their brokers and asked why the market crashed and there was no logical explanation because there were no numbers or anything domestically people could point to. The broker responded – I don’t know! It was the void of information that caused professionals to sell because they had no way to assess the risk for the next day.

The real reason was the idea that the dollar would fall another 40%. Hence, the foreign investors were selling because of the currency – not because of some fundamental domestically be it interest rates, jobs, or GDP. The capital flows revealed the high volatility in the flows of money which the standard analysis never saw coming.

I have shown that the stock market has NEVER peaked with the same level of interest rates because the academics are WRONG for they have no practical experience. It has never been the mere direction of interest rates – it is only the differential. If you expect the market to double, you will pay 20% interest. If you think the market will rally even 1%, you will not pay 0.5%.

And for all the academics who teach that rising interest rates are bearish for the economy and the markets, sorry – wrong again. Since Trump took office, rates began to rise as did the economy and the stock markets. Let me set one thing straight. Interest rates rise in a bull market not because of the central banks, but because there is a bid for the money as the economy is expanding. Rates dropped from 6% to 1% during the Great Depression as they collapse during the 2007-2009 Financial Crisis. They drop NOT because of the central bank, but because nobody wants to invest when there is no confidence in the future. 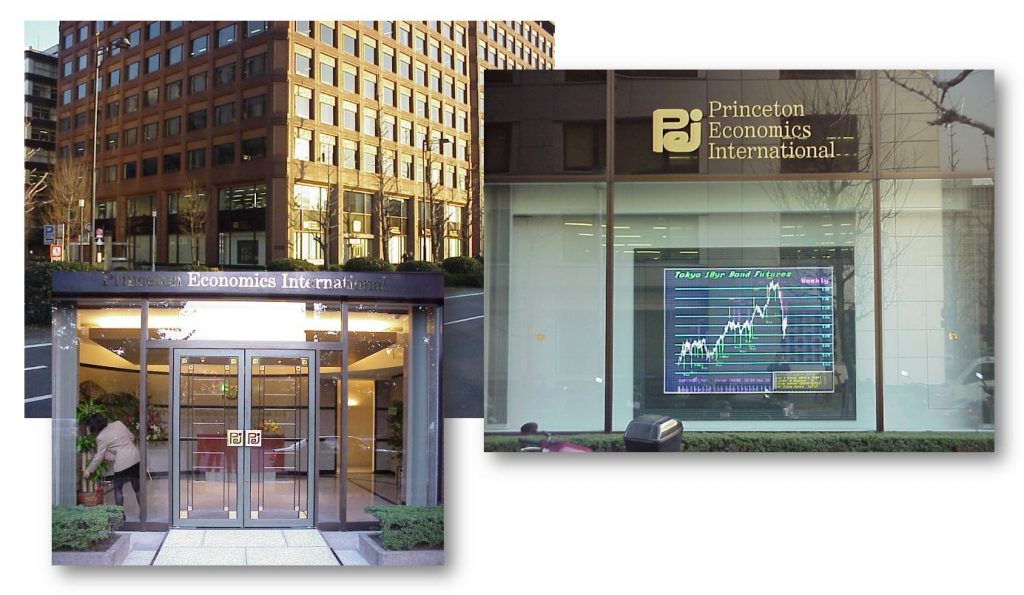 We were dealing with the Middle East in Geneva. That is where all the OPEC money was being invested. When I was asked to open up the offices in Japan, I was reluctant. When I went there, I was stunned at how many people I knew. The top brokers who had been in Geneva dealing OPEC money had moved to Japan following the capital flows. In the 1980s, it was clear to me that capital flows were the key and that the talent around the world moved with the capital flows. When the CIA approached us after our 1998 forecast that Russia would fall, they too acknowledge that I had invented capital flow analysis others have tried to implement. 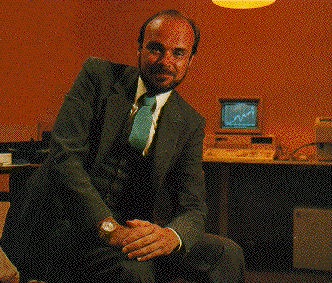 These observations were behind the design of Socrates. Here I am in our Australia Office from 1986 with an IBM XT we would provide clients to access Socrates. We were the largest forecasting firm in the world. When I testified before Congress in 1996, we have about 50% equivalent of the entire US national debt under contract. This was why the bankers assumed I had more influence than they did. The real difference was we provided advice, rather than selling clients products that made the bank the best product rather than the client.

So we have the computer of Schwab’s 4th Industrial Revolution and it is forecasting that his dream to take over the world will FAIL. Schwab will be remembered one day like Hitler and Napoleon with wild dreams of taking over the world and it is his ideas that will unleash World War III. Schwab will create a steep economic depression because he is inspiring the destruction of small businesses around the world. It has been our consumer economies that have created peace – not our nuclear arsenal. 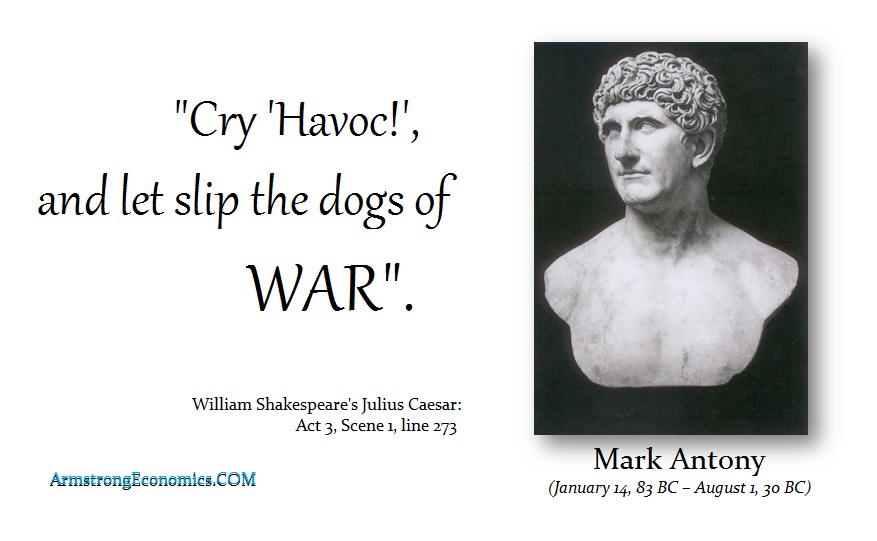 And as for his “inclusion and equality”, he is creating the exact opposite. His lockdowns to destroy businesses has set off a massive exodus from urban to suburban living behind ghost towns void of employment. He has set in motion the hoarding of wealth and that will only lead to higher unemployment. Schwab has not just set loose the dog of war, but the dogs of domestic war and civil unrest because under his ideas, equality can never be achieved. By communism collapsing, people were free in China to be innovative which drove Chine to the #2 world economy beating socialist Europe even with their single currency.

The sooner the people rise up and put an end to these lockdowns, then the more we will preserve our world. Otherwise, these academics have no idea how to create an economy. Nobody has ever done so. It is human ingenuity that creates ALL advancement. No government told me I had to write a program. What I wrote in code was to bring to life what I saw with my own eyes. Nobody ever taught me about the world economy. They still do not teach foreign exchange trading or hedge fund management. These are all skills that are self-taught.

To this day, the elite bankers still hate my guts and claim I have too much influence. But the truth is simply that we sell advice that is not laced with a conflict of interest. We do not pitch any stock because we have investments in it. We do not design products to sell to clients and then trade against them with inside knowledge. 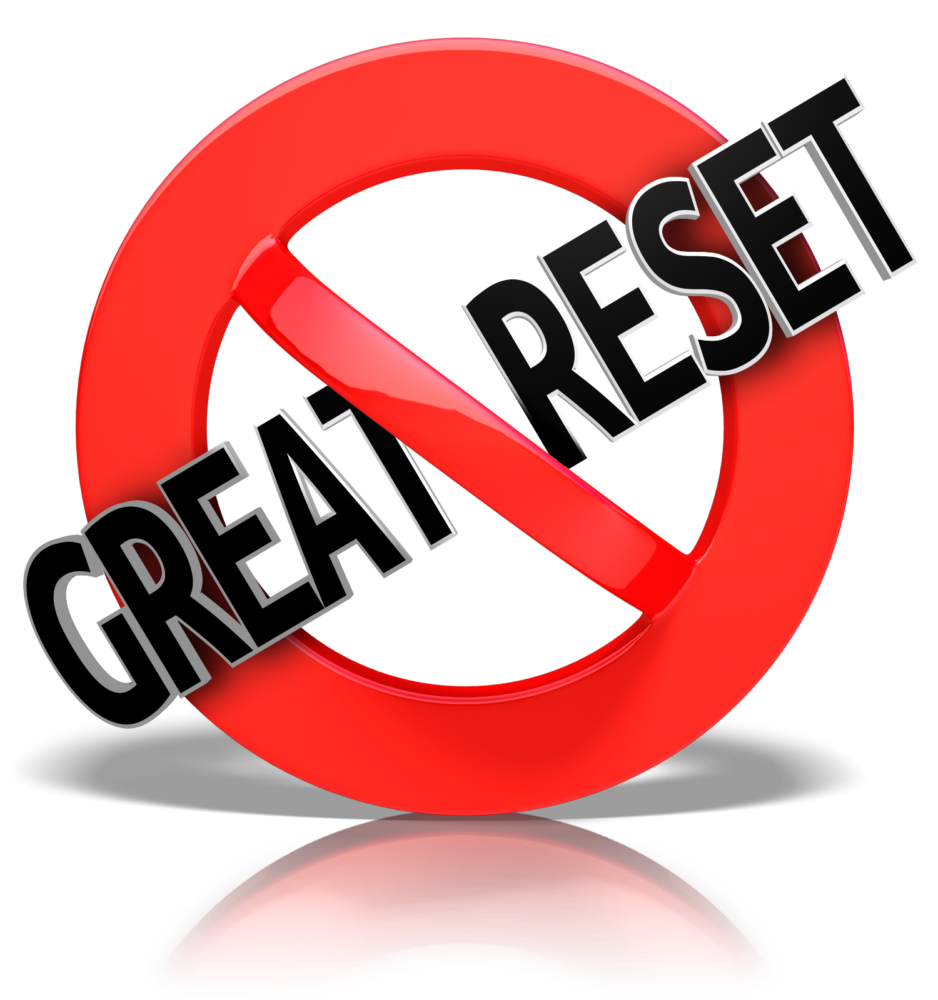 So sorry Klaus. You are championing the 4th Industrial Revolution who knows nothing about how to write an AI program because it takes people with real ideas and observations not centralize bureaucrats. Well, this AI program is forecasting your Great Reset will FAIL. You can take pride in knowing you have probably hurt far more people than even Karl Marx. If I were you, I think you better build a bunker and stay in there and it better be underground. When people rise up in Europe, they will be coming for your head. You have probably created many Maximilien Robespierres who will seek revenge. I am glad I never took a booth at your Davos events! It will be better if history remembers me as NOT being a Davos Man.

« Does Trump Have Something Up His Sleve?
Is Socrates Really Different than the Major AI Systems of even IBM & Google? »