How can we really expect politicians to make any kind of decisions when even the best humans can only think of 2 MAYBE 3 aspects at a time…. let alone complex dimensions that your computer seems to be able to interpret so well. Are we due for a reality check in what the public should realistically expect from our “leaders”?

It seems that if politicians actually had some skin in the game like CEO’s and investors they might act differently?

Hope the weather is nice in Florida ! its raining as per usual on the west coast ! 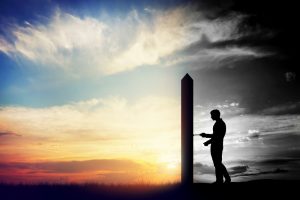 ANSWER: I really believe that creating a fully functioning AI computer that can answer the questions because it can see everything as a whole is essential for the complexity we live in. I have tried to do that in the field of economics, but there are dark forces that are trying very hard to prevent what I have spent my life trying to create. There are tremendous conflicts where people do not want change because it would end the gravy train. There are entities which have infiltrated the agencies and control them with their puppets.

I am not naive. There are those who would love to kill me or conjure up a civil contempt again to imprison me until I die to shut me up. Despite the fact that failed and the forecasts of the model we laid out for 10 years still unfolded without me being present. This is the world we live in. They will say anything to win and there is never a constitutional right that is worth anything to protect you. As I have written many times, they get to do as they like and it is always your burden to prove you have any human rights at all.

So I share this vision of an honest government that is really for the people and by the people. They are easy words to write or to say. So many people have died fighting for the true meaning of those words. The dark forces of corruption are powerful and very hard to overcome.