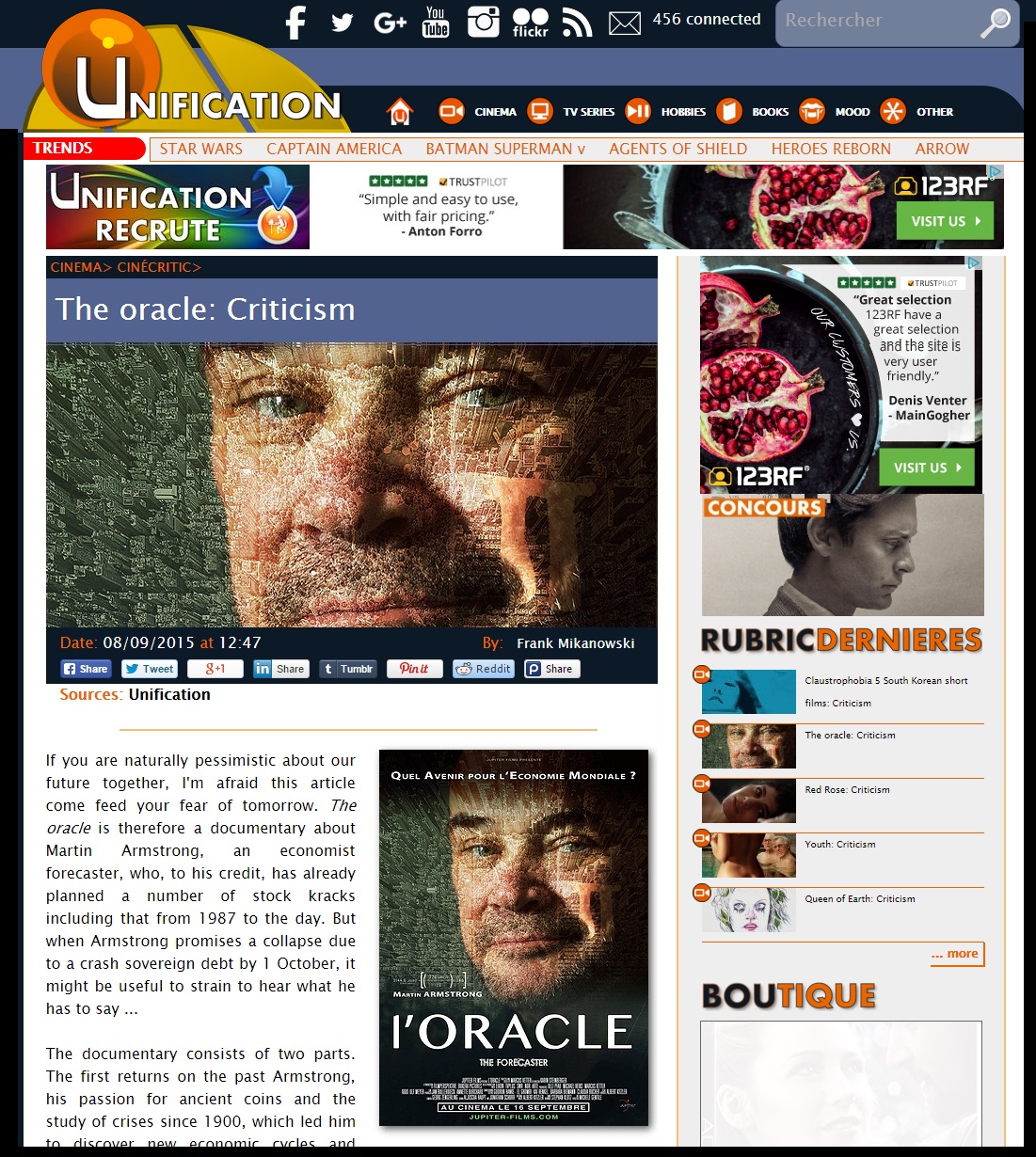 “The Forecaster” translated into French becomes “l’ORACLE”, which to me is Warren Buffet’s tagline. This demonstrates the difference in attitude among the French citizens and U.S. citizens. Political manipulated polls aside, here the review begins, “If you are naturally pessimistic about our future…” This is the reason why I agreed to allow a German film crew to follow me around for three years, flying around everywhere to speak to clients and former employees. 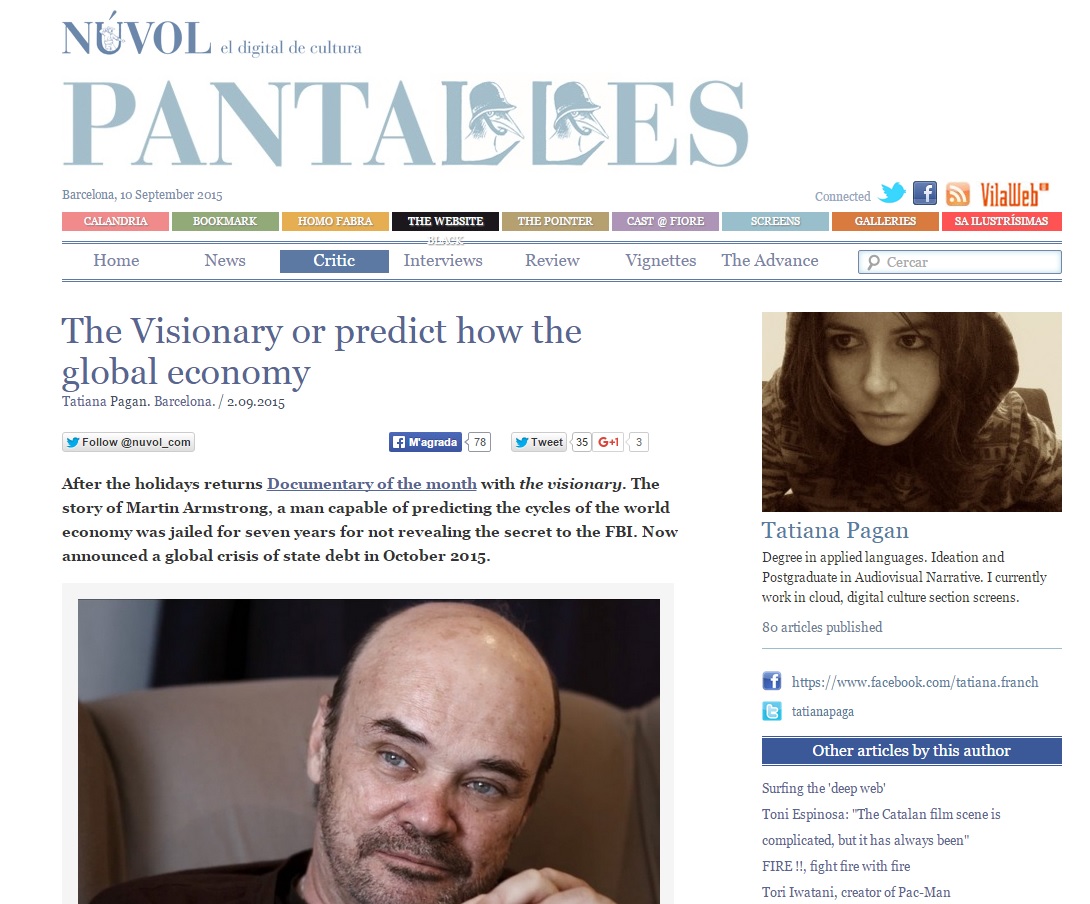 This film has become the documentary of the month in France. It has been at the top of all ratings throughout Europe. Hopefully, once we begin to head down following October (WHICH IS THE BEGINNING, NOT THE END), we will see this same attitude surface in the United States. After all, this is what the surge in polls are all about with Trump and how Hillary has misjudged the public who is suddenly not allowing her to rob them blind.

I hope this film will expose the real problem of sovereign debt and the manipulation of the banks that has now placed our entire future in jeopardy. Which way will we turn? Shall we give up all rights and just hand them to politicians who are clueless and see only our oppression as a means to sustain their power? Or will we say, “I AM MADDER THAN HELL AND I AM NOT GOING TO TAKE IT ANYMORE!”

Do we push back against economic totalitarianism? Or are we plowed under into authoritarianism with paranoid rulers who have to listen to everything we say, read everything we read, tax us to death, and confiscate what we earn? Only time will tell who wins.