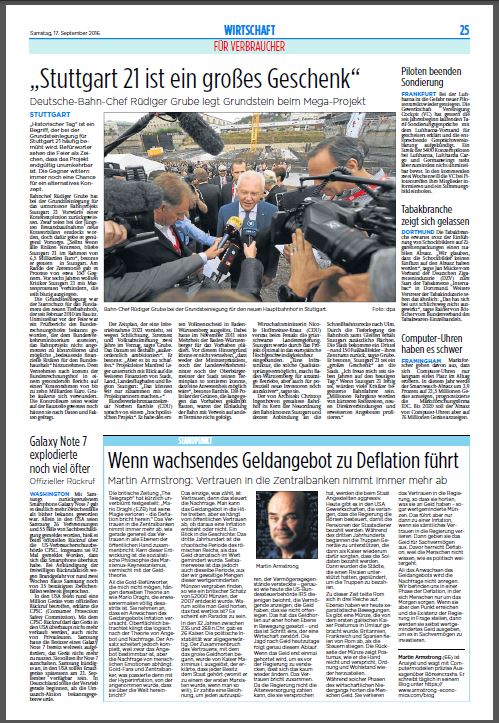 COMMENT: Mr. Armstrong, I read your piece published in the German Press Fuldaer Zeitung yesterday how “When increasing money supply causes deflation”. Thank you so much for publishing in the German media. This has opened my eyes to why we continue to decline into deflation. This proves the old saying a prophet is never recognized in his home country.

REPLY: Well I am not a prophet, just a forecaster, but I see what you mean. The media is the USA are beholding to the government and banks. They cannot publish a piece like this without getting those who hold their chains angry.  Even Snowden had to go to the Guardian in London. Any press organization in the USA would have offered him a coffee to stall him while the NSA rushed over after their call. That is just reality.

We are in danger of going into a Dark Age. It is absolutely imperative to understand the root causes or we will turn toward more authoritarian power to emerge as a totalitarian state. We are in grave danger because the press has surrendered the very fundamental role they were to play in protecting our liberty. The surrender of the press is the surrender of all checks and balances against a corrupt government. The press vilified Richard Nixon for erasing 18.5 minutes of a tape while they coronate Hillary who cannot even hold a press conference because of her Parkinson’s disease. They have doomed their own children all to obey their masters.