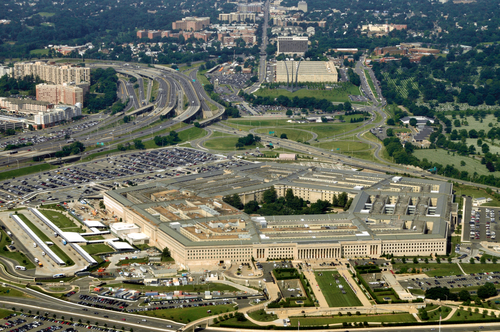 A number of emails have come in asking if we are advising the government since they are now enlisting firms to research a rise in civil unrest. The answer is no! Nevertheless, everyone knows of the accuracy of our computer systems and our cycle of war models. It was the CIA that, after all, came to us demanding I create the system for them in Washington after the model predicted the fall of the Russian monetary system in 1998. I declined. I did offer to run any study for them on our systems. I was told that was not acceptable for they had to “own it.” I said no way. I believe their position was they did not want anyone else to possess the forecasts. I have also been asked if I am afraid of government. I responded that the only way they will ever get access to what our system forecasts is to leave me alone and read our services. So, this is the Mexican standoff as they say. We agree to disagree.

True, the Pentagon is now funding universities to try to model the dynamics of the rise in war. Sure, they are trying to copy what we have achieved. They are the government after all. They know I cannot be threatened for I would rather be dead than held as some slave. They are attempting to model large-scale civil unrest, across the world no less. You can guess where they got that idea. Programmers have told me that the government has contracted programmers to try to program what we have accomplished with Socrates. Good luck. It takes more time than money can buy. No programmer could ever figure this out, especially if they do not understand HOW cycles function at the core. This is not some simpleton program. 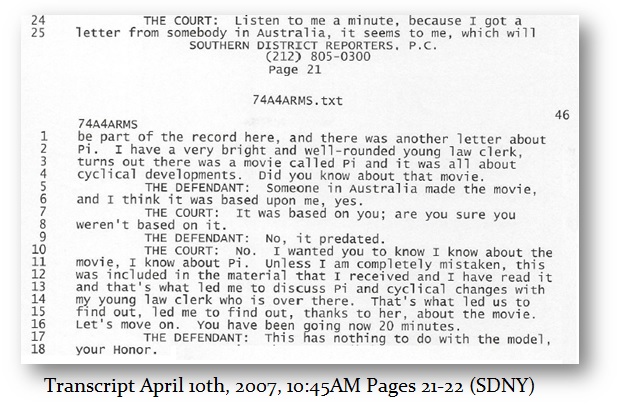 I have been told that slander and imitation are the ultimate level of flattery. When the model predicted the peak in the real estate bubble to the day in February 2007, they were calling it “Armstrong’s revenge.” They thought locking me up would somehow stop the model from working so they kept me in contempt of court, using a statute 28 USC §1826, which says the maximum time anyone can be held in civil contempt is 18 months. They kept rolling it every 18 months to pretend they were obeying the law. I was finally released after 7 years merely because I got into the Supreme Court and they had no choice but to release me or suffer an international disgrace. 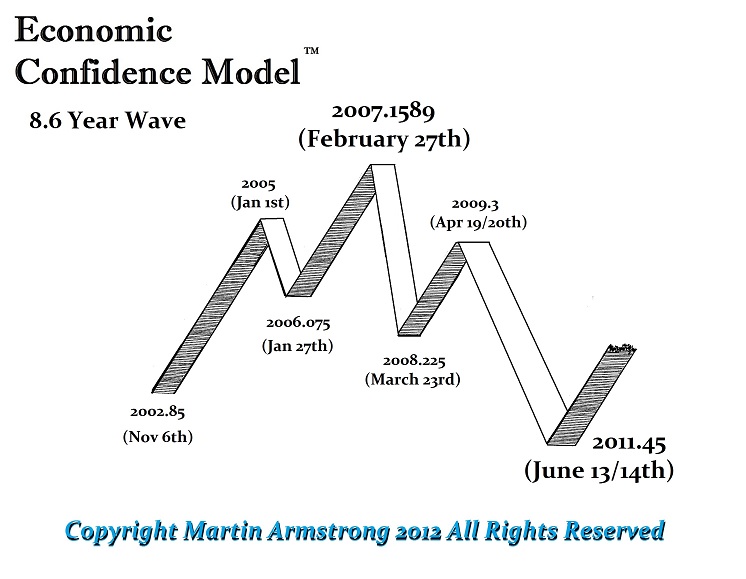 Just after the model forecast the peak in 2007 to the day, once again, I was hauled into court and Judge Keenan who tried to discredit our model by claiming I stole the idea of pi from a movie by that name. This transcript above shows how they deliberately lie to try to cover-up anything. Accusing me of taking the idea from a movie named “Pi”, which did not come out until 1998, illustrates how fundamentally dishonest these people really are. They think they can just say anything and the world will believe them no matter what. They are incapable of telling the truth and that doesn’t bother them in the slightest.

Think of the worse kid in high school who enjoyed beating up people or stealing what they had. Look them up. More likely than not, they ended up in law enforcement. This transcript is the example of absolute corruption beyond belief. They could care less that you can simply Google when the movie came out. They declare something and to them that makes it true. This was all about trying to discredit a model that forecast the crash from 2007 into 2009. Rather than helping society, they seek only to destroy it.

The turning point 2007.1589 picked the very day of the high in the Shiller Real Estate Index and was published in 1979 — 20 years before the movie. However, it also marked the very day Goldman Sachs sold its infamous ABACUS 2007-AC1 $2 billion Synthetic CDO. They timed that perfectly to the very day of our model.

The court tried to discredit the model. That illustrated they were worried its forecast was coming true. You can bet they analyze our every word. These people have no morals and think they can just force society to be economic slaves forever. Nobody has ever beaten this game in history. Time is on my side, not theirs.

« Why is August the Most Active Month for War?
Cycle of War & Climate Change – A Lethal Combination »