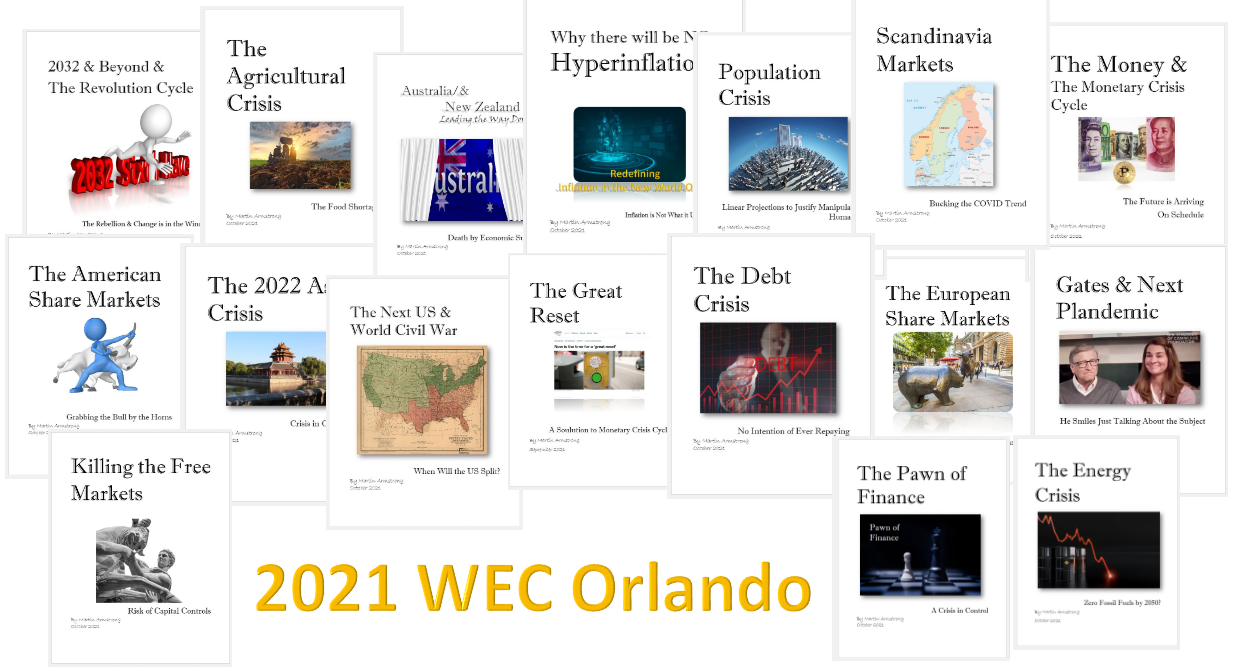 These are all the reports you should be able to download

These reports have been prepared for the WEC Attendees. Since the attendance may exceed that of Davos by 10 fold, I tried hard to write all of this over the last six months because we are facing the end period going into the Sixth Wave of the Economic Confidence Model and so many people have been asking what is going on even with our Panic Cycles in Politics – the first time since 1932. Many are also asking what is unfolding after the climax by 2032 and can we even make it that far.