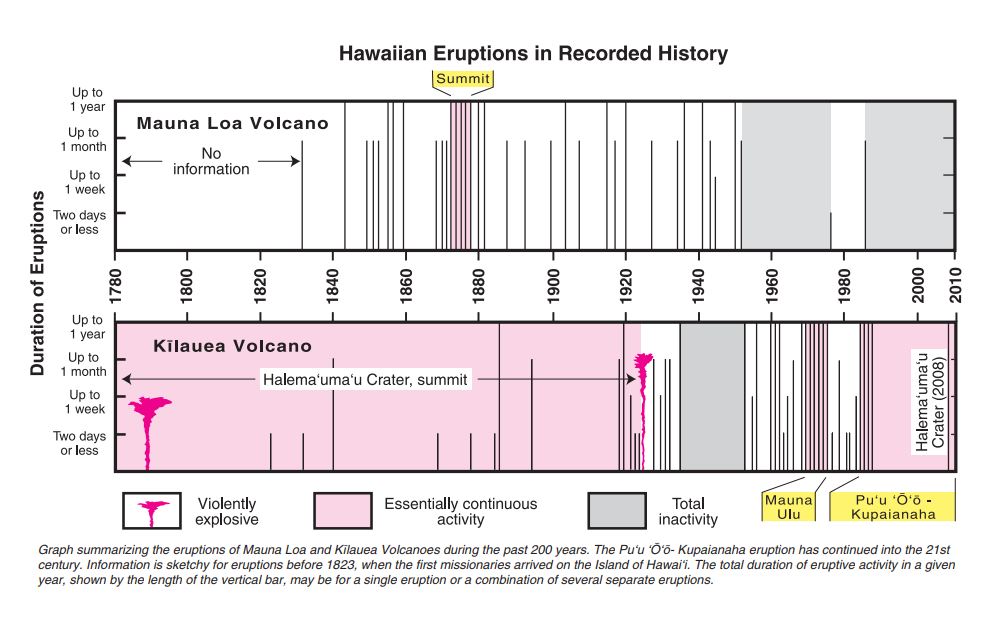 COMMENT: Mr. Armstrong; I think you have proven time and again that there is a cyclical nature to everything. You said in the report you did on volcanos last year that 2018 would be the beginning of serious eruptions. Well, I live here on the main island in Hawaii. This is by far the worst I have seen here in my life.

ANSWER: I do not believe that people understand that Hawaii is rather unique. The continuous flow of lava made many complacent. This was due to the fact that Hawaii sits on what is called a “hot spot” which was put forth back in 1963 by J. Tuzo Wilson, a geophysicist, who explained the framework of plate tectonics by proposing the “hot spot” hypothesis. Wilson’s hypothesis has come to be widely accepted. The scientific data on linear volcanic island chains in the Pacific Ocean created the Hawaiian Islands. This “hot spot” has created a very distinctive linear shape of the Hawaiian-Emperor Chain demonstrating that there has been a linear progressive movement of the Pacific Plate over a “deep” and “fixed” hot spot. It is still debated as to how far down this hot spot extends. It is not known precisely if it extends only a few hundred miles or does it go down thousands of miles, perhaps to Earth’s core-mantle boundary itself

Nevertheless, the Hawaiian Islands are really just that peaks of huge mountains that rise from the floor of the Pacific Ocean. The newest of these islands, Hawai’i, is relatively young, speaking geologically of course. The oldest rocks above sea level are less than one million years old. The Island of Hawai’i was actually formed by five volcanoes, yet today currently only three are considered active: Hualālai, Mauna Loa and Kīlauea. Because they seem to sit on a hot spot, they have been continuously active which make them the world’s most active volcanoes.

There is a new sister volcano known as Lō’ihi Seamount, which is still underwater yet also an active volcano about 20 miles off the southeast coast of Hawai’i. Indeed, Lō’ihi may be the next island to emerge in the Hawaiian chain. It is still about 3,000 feet below sea level. Using a linear project, which discounts major eruptions, then it would appear as a new island in about 100,000 years or so. If we get bursts of an eruption, which is cyclically more likely, then that time period could be cut in half.

Historical Eruptions at Kilauea volcano have occurred from both the summit caldera and from vents along the East Rift Zone. The historical record began with a very explosive phreatomagmatic eruption in 1790. The year 2018 was the start of a major eruption sequence. We can see from the chart above that the INTENSITY has picked up significantly since 1924. It was after this 1790 eruption when the volcano has become almost continuously active. It was 1924 when the more gentle effusion turned back to an explosive eruption. The period 1924 to 1955 saw mostly short-duration summit eruptions. Since 1955, Kilauea has seen mostly East Rift Zone activity interspersed with small summit eruptions.

Kilauea’s Eruption rate diminished steadily over the first half of the historic period but has been increasing again since 1924. Currently, we now have “ballistic blocks” being hurled into the air which are the size of microwave ovens. This is typically the warning that this eruption can turn very explosive. The intensity actually began to rise over the past 4 years. This was a perfect 224-year cycle. Hawaii may be complete resurfaced in 2048.

I will restate what I wrote last year: “If we see a series of volcanic eruptions in the VEI 6 category or greater within 2018, expect to see a very sharp turn down in temperature and Global Cooling will take on rapid change going into 2024.” Correlations suggest that when the energy output of the sun declines, as it is doing now, then larger erutptions tend to correlate to such periods.

« The Complexity & Fractal Nature of Nature
The 8.6-Year Frequency is Within Nature »