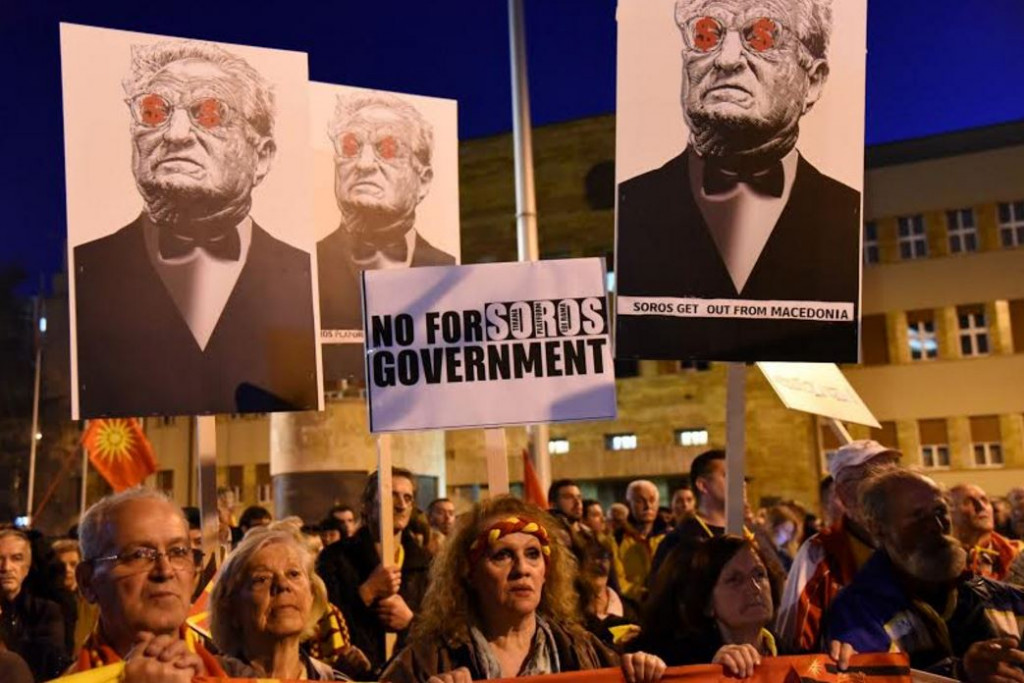 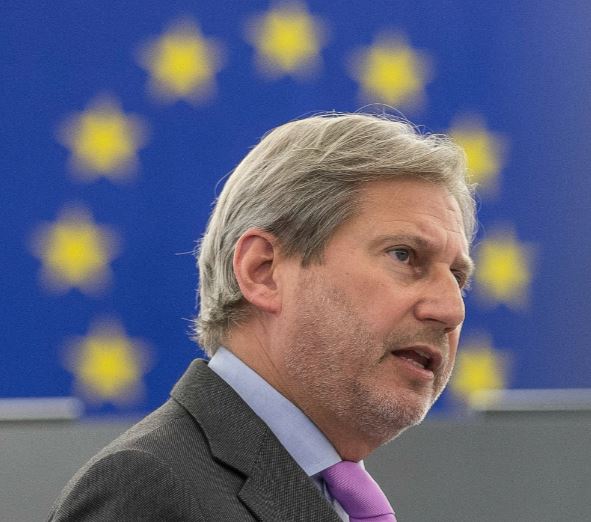 For 26-days straight, thousands of people have taken to the streets in order to send the message to Soros and European leaders that the people of Macedonia are a sovereign nation who utterly reject the left-wing agenda to divide the nation and bring a socialist-Muslim coalition to power. Johannes Hahn is an Austrian politician, who since November 2014 has been Commissioner for European Neighbourhood Policy & Enlargement. Last week he went to Skopje, in Macedonia, where he held talks with political representatives in a bid to contribute to a solution to the political deadlock there to get Macedonia to join the EU.

There was considerable corruption where the Prime Minister, Nikola Gruevski, was forced to resign in December 2015. The EU brokered elections in December 2016 to end the protests against the government of Gruevski. The December 2016 elections have left a transitional government. October 20th, 2015 installed the two main parties, VMRO-DPMNE and the Social Democratic Union (SDSM). 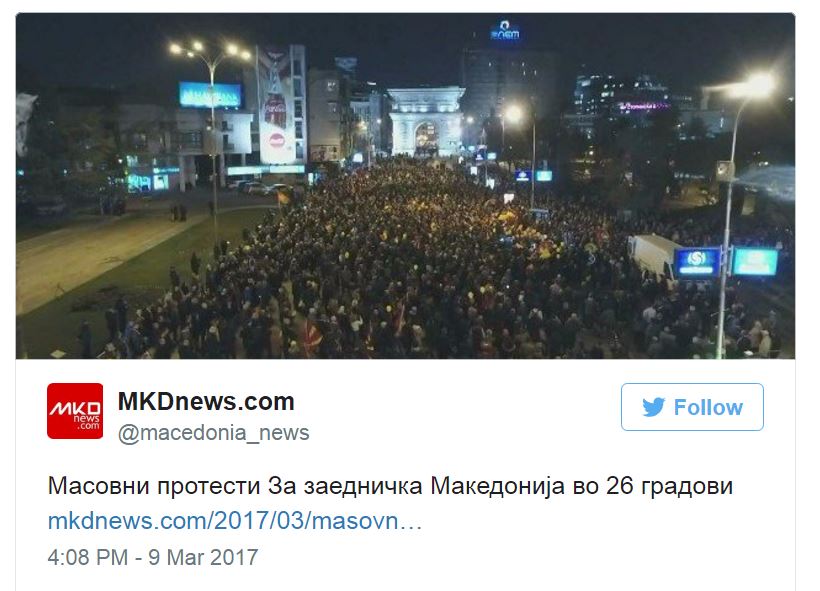 What is clear is there has been a concerted effort to take over Macedonia by the European Commission. This seems to be part of their need to sure up the EU following BREXIT and to create a NATO buffer against Russia. However, Johannes Hahn’s attempt to win over the politicians in Macedonia prompted protests of more than 200,000 people coming to the streets – a huge number for Macedonia. It was reported:

“Hahn, instead of meeting with us, wrote on his Twitter account that the road to the EU remains open for Skopje. He did not mention the name of our country, but wrote Skopje instead. Well, Commissioner Hahn, Macedonia is not just Skopje. Macedonia is Bitola, Ohrid, Prilep, Kumanovo, as well, and all the other 43 cities and towns where tonight 200,000 people took to the streets,” Protest organizer Bogdan Ilijevski said, according to Independent.mk.

In turn, Macedonian President Gjorge Ivanov was forced to refuse to meet with Hahn. The crisis that has been brewing was made worse by Hahn who had criticized Ivanov’s decision to refuse to meet with the Social Democratic Union of Macedonia (SDSM) leader Zoran Zaev, who gained Albanian support in return for concessions including the institution of Albanian as a second official language.

Soros’s Open Society is the attempt to force political change rather than allow laissez-faire capitalism to even exit. We do not live in a democracy when politicians reject the will of the people and we do not live under capitalism when governments are corrupt, take bribes to regulate benefits for special interests. That is simply an oligarchy – not capitalism as in Adam Smiths Invisible Hand.