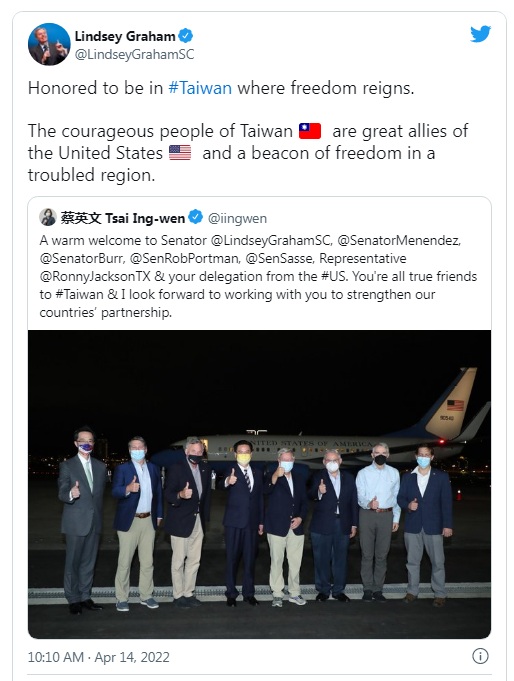 Lindsey Graham is at it again. He is one of the leading Neocons who has supported the Ukrainian Neonatzis and the war against Russians. Now he pulled off a surprise visit to Taiwan playing the very same game promising US support for a war against China should they invade. This came precisely during the week of April 18th which our computer warned would be an important geopolitical event. This insanity is just beyond belief.

I have no explanation why Graham is so intent on creating World War III. He is forcing China and Russia to combine forces and our model shows that this new alliance will not be alone. Much of the Middle East will join for they see Israel in bed with the USA and the Zelensky is playing the Jewish Hero. This has divided the Middle East and while Europe is pledging an oil embargo against Russia, my sources in the Middle East are saying they WILL NOT fill the gap for Europe.

Shanghai lockdown will have a profound impact further creating shortages that will push inflation higher. This may recall being the objective given the obstinance of the US policy toward Russia. Shanghai officials said they would lift the lockdown only in batches once virus transmission outside quarantined areas was stamped out. There is no massive wave of deaths and it could very well prove to be a new strategy to combat American sanctions.