The Fate of Canada Hangs in the Balance

Trudeau has shown the entire world that he is unfit to be the leader of any pretend free democratic nation. He is invoking the Emergence Act not used for more than 50 years to cut off funding for truckers responsible for nationwide protests that have gridlocked the nation’s capital for weeks. But he may go further. Talk is circulating that he wants to cancel all paper currency to prevent bank withdrawals and to prevent people from handing cash to the Truckers.

NEVER before in history has there been such a justification to separate from Canada. Trudeau gets his orders from Schwab and the World Economic Forum. If he yields to the truckers, Schwab’s dream of dominating the world will start to come to an end. Trudeau is loyal to Schwab, not to his own people. While other nations are backing away from COVID restrictions and mandatory vaccines, Trudeau is trying to turn the screws even harder because this is not about COVID, it is about Schwab’s Agenda. 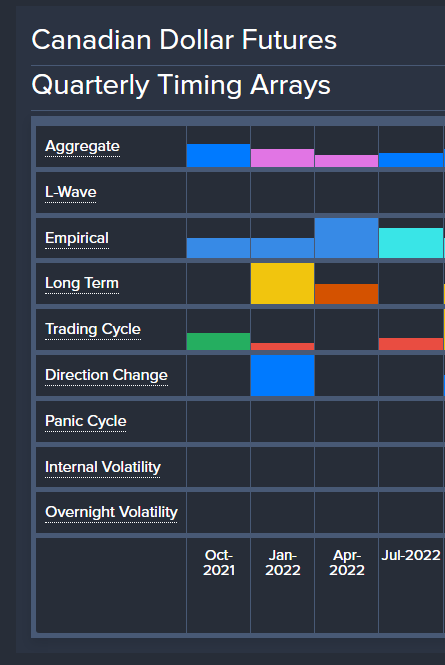 This is the end of the 3rd Wave. It is up to Canadians to seize the future they want to live under – freedom or tyranny. The burning question is will the Truckers now demand the separation from Ottawa altogether when they are clearly not represented by the federal government of Canada. The timing is correct. Let’s see the events from here on put. The idea target is April 18/19 which follows the Economic Confidence Model turning point of March 14th, 2022. We can see our Quarterly Projections on timed had shown a Double Directional Change in the first quarter of 2022. That appears to have been correct.

If Trudeau wants to show he is truly worthy of being the leader of Canada, produce the recording and transcript of all his telephone calls with Klaus Schwab. People would suddenly see who is really in charge of Canada and Trudeau is probably guilty of treason.

« Will Trudeau Fall?
Trudeau Will Freeze the Bank Accounts of All Protestors »