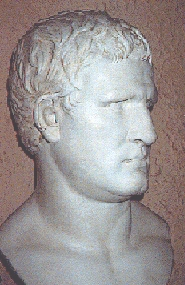 Marcus Vipsanius Agrippa was of common birth. He was Octavian’s lifelong friend, lieutenant, companion, and supporter. Agrippa accompanied Octavian in 45 BC to Apoflonia, where the two friends learned the art of soldiering. Agrippa was even at Octavian’s side in 44 BC when the news of Julius Caesar’s assassination arrived. When Octavian inherited all of Caesar’s wealth and political power, it was Agrippa who emerged as his representative in all matters of finance and politics. It was also Agrippa who raised an army that insured Octavian as a member of the newly formed triumvirate, which emerged in the aftermath of Caesar’s assassination. It was Agrippa who stood behind Octavian and was largely responsible for the transformation of Octavian into Augustus the Emperor. But it would be Agrippa’s common birth status that would ultimately prevent him from ever truly being considered as a potential heir to the newly created throne of Augustus.

Agrippa’s abilities were revealed to Octavian during the Civil Wars. He fought against Marc Antony‘sbrother, Lucius, in 40 BC, and then helped destroy the remaining so-called Republican forces at Persia. Agrippa was then sent to Gaul where he was the only successful agent of the triumvirate defeating a revolt by the Aquitanii and establishing a Roman site at the Ubii (near Cologne). Agrippa even made a punitive raid over the Rhine against the Germanic tribes.

In 37 BC, Agrippa returned to Rome in full triumph and was given the consulship as his reward. At that point in Agrippa’s career, he put down his general’s rank in the army and became an admiral. Between 37 and 31 BC, Agrippa proved to be a formidable admiral as well creating a powerful fleet and then setting sail for war against the pirate, Sextus Pompey. Sextus himself had quite a reputation as a master of the high seas. Numerous attempts at defeating him were made, but only Agrippa succeeded in this effort. At Mylae and Naulochus, Sextus was soundly defeated by Agrippa.

At the Battle of ACTIUM, Agrippa invented the HARPAX, a formidable weapon that won the battle. Agrippa commanded the successful left-wing that ensured victory for Octavian over Marc Antony and Cleopatra. This final battle at Actium left Octavian as the ruler of the Roman world and began a new age era for the Roman government.

In the new administration, Octavian was given the title of Augustus and Agrippa was never far behind. It was Agrippa who was quite instrumental in conducting the census of 29 – 28 BC and the subsequent reorganization of the Roman institutions, including the reduction of the Senate, that proved critical to the formation of an imperial regime.

Agrippa was given the power to administer the Eastern regions of the Roman Empire. His eastern appointment, however, sparked a feud with Claudius Marcellus, Augustus’ nephew, who at the time was being groomed as the heir to Augustus. Agrippa was then given a mission away from Rome to the Black Sea area, Jerusalem and Pannonia. But clearly, Agrippa, despite his loyalty to Augustus, was not quite acceptable for the post as heir to the newly formed throne. 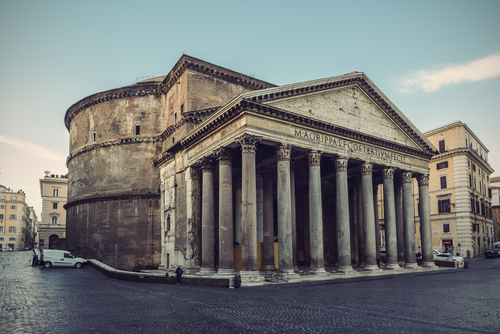 Upon the Agrippa’s return to Rome, he became quite involved once again in civic affairs. This time he focused upon improvements in public works. He built the famous Pantheon, which is the only Roman building to survive largely intact. He also constructed two aqueducts, built baths, and cleaned the Roman water supply system. Agrippa also supervised the building of roads in Lugdunum (Lyons), founded colonies at Berytus and Baalbek, and planned several other Roman towns. Agrippa also wrote and drafted a modern map of the Empire.

Throughout the course of his life, Agrippa took three wives. His first wife was the daughter of Pomponius Atticus named Caecilia with whom he had a daughter Vipsania who became the first wife of Emperor Tiberius. His second wife was the niece of Augustus Marcella who was very beautiful and considerably wealthy. Finally, in 21 BC, Agrippa was given Augustus’ daughter Julia. Following the death of Marcellus, Augustus was desperate for an heir. It was at this time that he chose to give his daughter to Agrippa hoping that an heir would be born. Julia did produce three sons, Gaius, Lucius, and Agrippa Postumous, as well as a daughter, named Agrippina. However, it would be through his daughter Agrippina that his descendants would ultimately rise to the throne in his grandson Caligula followed by his great-grandson Nero.

Agrippa died in 12 BC a few months before the birth of his third son Agrippa Postumus. Agrippa was not forgotten. He was long remembered and honored by the Roman military, the Roman people, and Augustus. 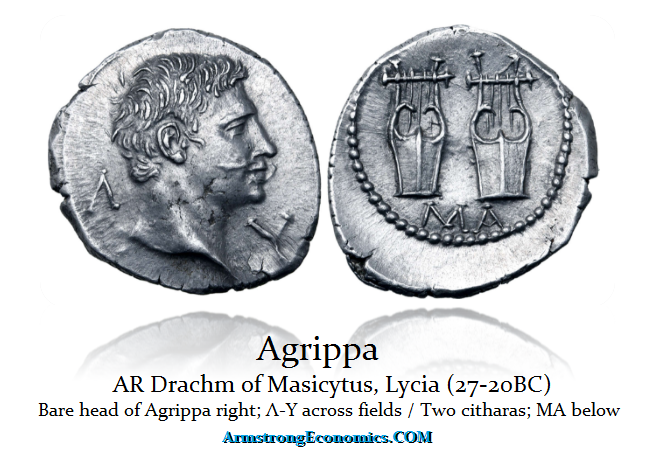 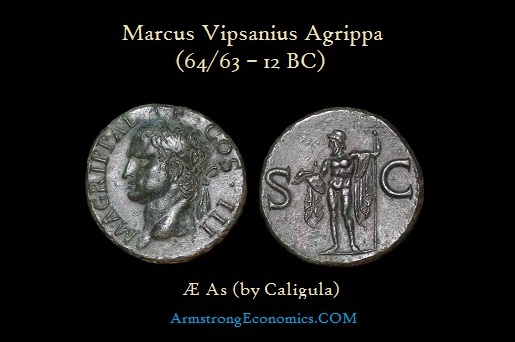 Æ As by Caligula 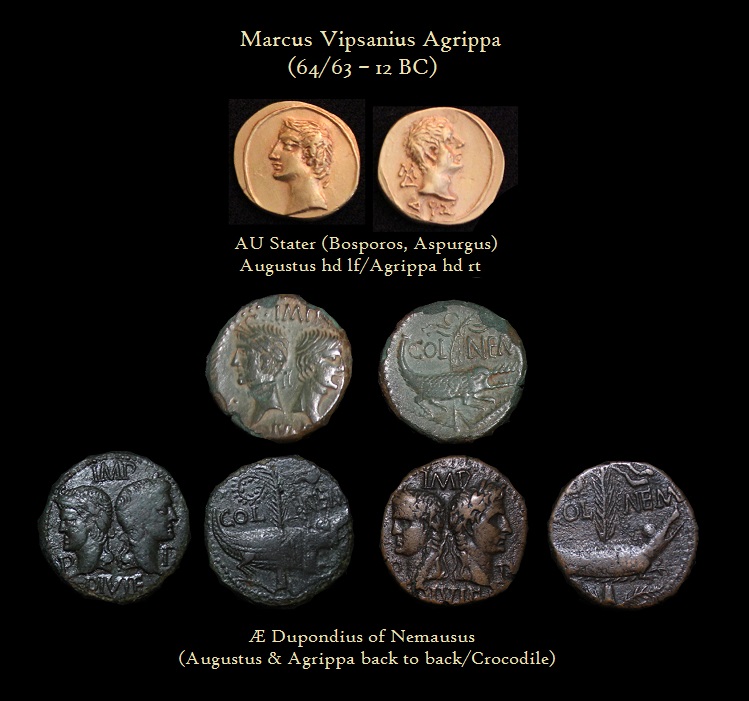