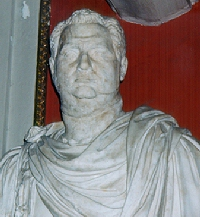 Aulus Vitellius was born in 14 AD. He was a close friend of all the Emperors from Tiberius to Nero. Vitellius served in a variety of positions, not the least of which was the important Proconsulship of Africa. His father was the famed Lucius Vitellius who had been consul three times and a trusted administrator who ran the government for Emperor Claudius during his trip to Britain.

When Galba became Emperor, Vitellius was given the command of the mighty legions of Lower Germany. The army quickly became disillusioned with Galba’s unexpected disciplinary reforms and on January 2nd, 69 AD, they proclaimed Vitellius Imperator.

Otho quickly disposed of both Galba and his heir Piso killing them in the Forum. Otho had convinced the Senate to confirm him Emperor but this did not stop the advance of Vitellius. Vitellius had organized his troops for a march south to Italy. Otho, against his advisors, went out from Rome to confront Vitellius. It was an easy victory and Vitellius assumed the throne.

Vitellius had in his later years become a voracious glutton. He gave the administration of the Empire to his freedman, Asiaticus, who in four months became one of the richest men in Rome. Vitellius spent his time concerned about food. 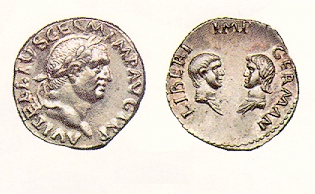 Vitellius followed the tradition of Augustus and began to issue coinage that portrayed his two children. He also issued both gold and silver coinage displaying the image of his father in a propaganda attempt to show his qualifications to be emperor.

Despite his attempt at propaganda through coinage, Vitellius was widely viewed as incompetent. Titus Flavius Vespasianus was the commander of the legions in Alexandria at the time. Vespasian was proclaimed Imperator by his legions and upon hearing the news, Vitellius’ former Danubian legions also proclaimed in favor of Vespasian. The Danubian legions began to advance into northern Italy, easily defeating the forces of Vitellius at Cremona in October. The army then marched into Rome and looted the city while the citizens watched and even assisted. Vitellius was seized in his palace and dragged half-naked through the streets of Rome, murdered and thrown into the Tiber river. 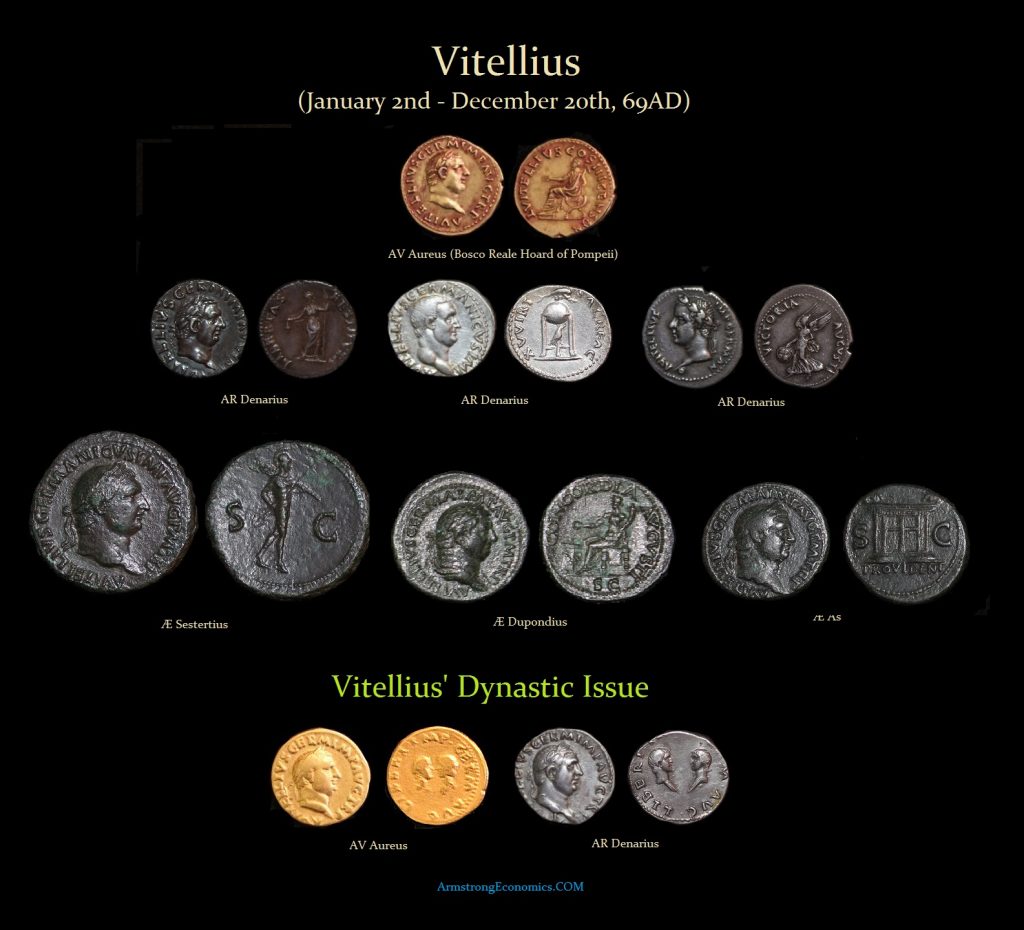