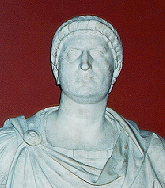 Marcus Salvius Otho was a close personal friend of Nero. During Nero’s reign, Otho had been Governor of Lusitania. Nevertheless, Otho supported Galba early in his reign hoping that Galba would adopt him as successor to the throne. When Otho’s patience wore thin, he orchestrated both Galba’s and Piso’s assassinations. Otho also lacked broad support particularly among the legions of Lower Germany under the command of Vitellius. Otho’s legions were merely garrison troops stationed throughout Italy’s northern provinces. Despite advice to wait for additional loyal troops arriving from Dalmatia, Otho’s impatience prompted him to send his troops across the Po river into Bedriacum while Otho himself remained behind in Brixellum located on the southern bank. Vitellius’ superior German legions were experienced battle troops who easily defeated the legions of Otho. With his legions and support lost, Otho committed suicide on April 17th, 69 A.D., after a reign of barely three months. 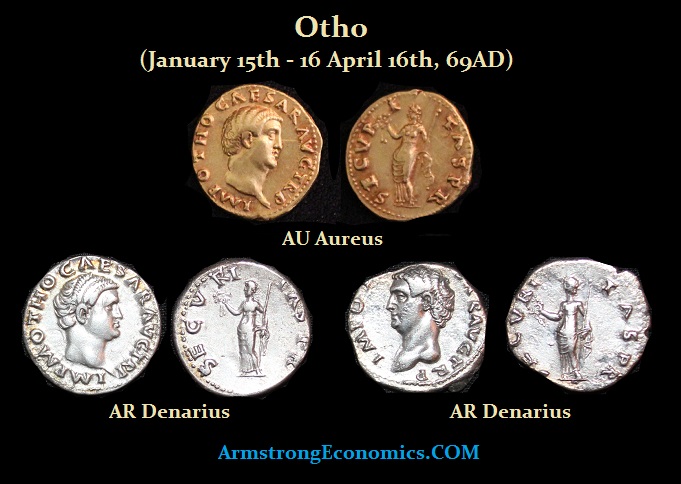