M. Opelius Macrinus was born of very humble parents at Caesarea in Mauretania in A.D. 164. After holding various appointments in the imperial household, he became prefect of the Praetorian guards under Caracalla, and was party to the latter’s murder. On April 11th, 217, he was saluted Augustus by his troops, and his elevation was confirmed by the

Senate. A peace was patched up with the Parthians, but the terms were so unfavourable to the Romans that Macrinus lost much of his popularity. A conspiracy, fostered by Julia Maesa, the sister of Julia Domna, in favour of her grandson Bassianus (Elagabalus), caused the Syrian army to break into open revolt. In the ensuing struggle Macrinus was defeated and fled to Chalcedon, but was betrayed, captured and put to death after a reign of fourteen months. 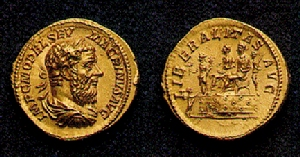 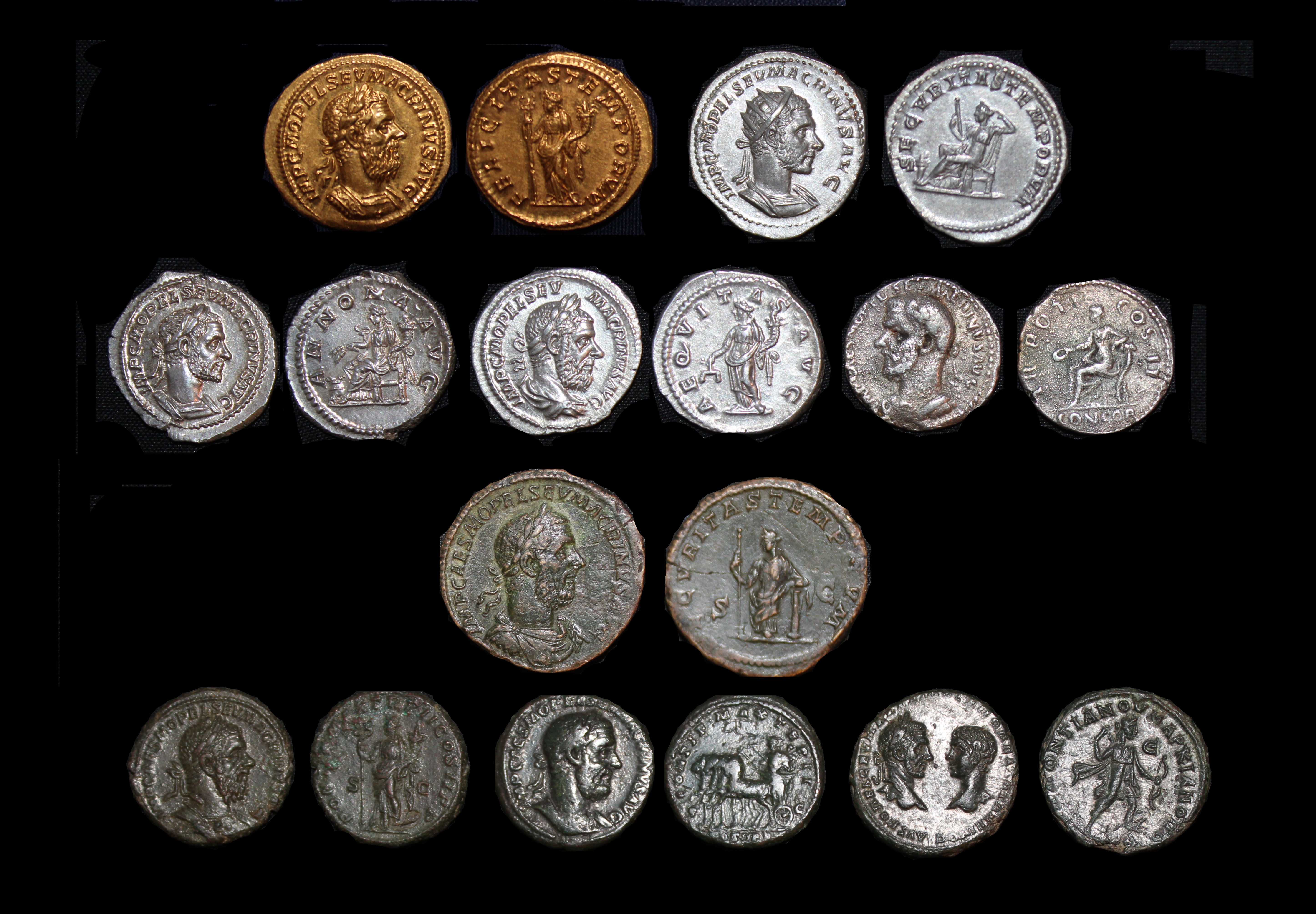