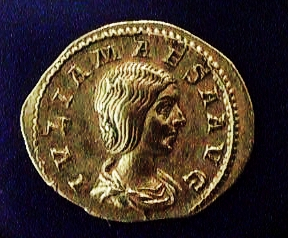 Julia Maesa was the sister of Julia Domna and sister-in-law of the Emperor Septimus Severus. Julia Maesa was married to Julius Avitus, a consular official of Syria, by whom she bore two daughters, Julia Soaemias and Julia Mamaea, the mothers of the Emperors Elagabalus andSeverus Alexander respectively. Julia lived ln Rome with her sister during the reign of Caracalla. Following Caracalla’s assassination andMacrinus’ rise to the throne, Julia was permitted to retire to her home at Emesa in 217 AD. This act of mercy on the part of Macrinus would later prove to be a fatal mistake. Once back in Syria, Julia Maesa masterminded the conspiracy in the provinces that led to the fall of Macrinus and the elevation of her grandson Elagabalus to the throne of the Roman Empire in 218 AD.

Julia Maesa received the title of Augusta, and worked to maintain order in the imperial government. However, Julia quickly came to realize that her grandson was a monster and she attempted to curb Elagabalus’ sexual habits. Eventually, Julia began to swing her support toward her second grandson, Severus Alexander. Julia pressured Elagabalus to elevate Severus to the rank of Caesar. Julia then protected the young Severus from the insane jealousies of Elagabalus.

In 222 AD, Elagabalus and his mother Julia Soaemias were murdered in the Castra Praetoria by his own troops. Once again, Julia Maesa proved instrumental in securing the throne this time for her grandson Severus Alexander. Under Severus’ administration, Julis achieved an even greater role in government. She headed the Consilium Principis and guided virtually every decision of the young Emperor. Finally, Julia Maesa died of old age in 226 AD.

Julia Maesa’s portraits on the coinage of Rome did not appear until after the death of Caracalla and the rise of her grandson Elagabalus. Julia was the grandmother of both Elagabalus and Severus Alexander. 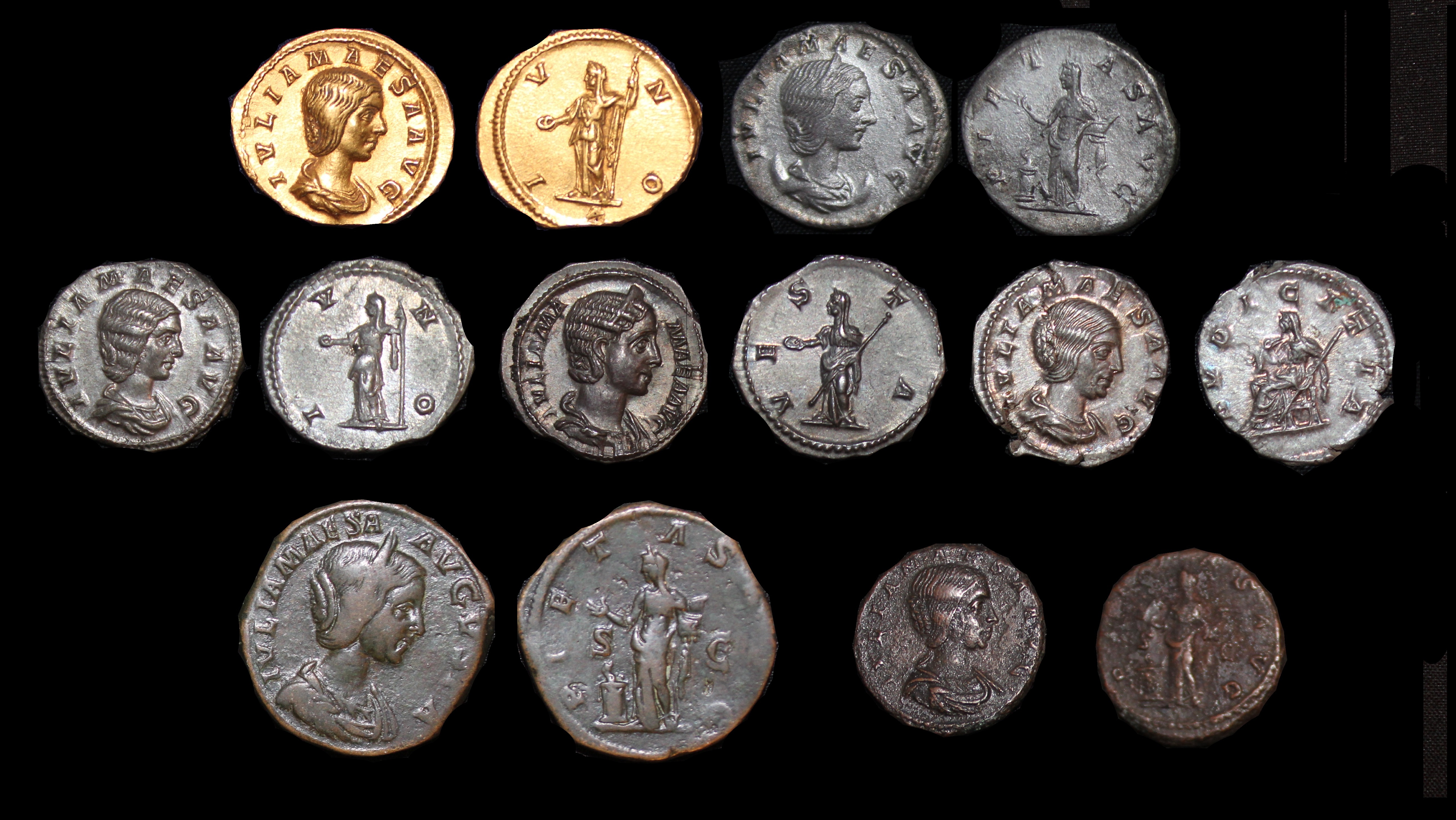 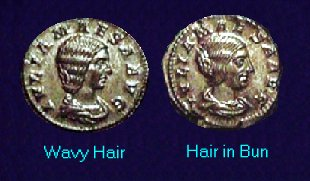 Julia is depicted with two types of hair style. In addition, there are two main varieties of obverse portrait styles: 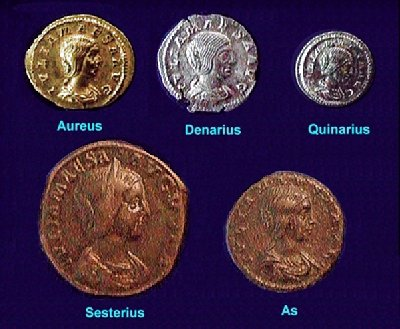 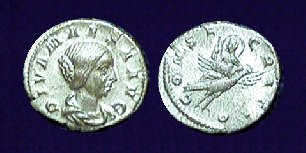