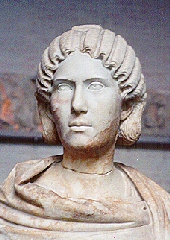 Wife of Philip I

Marcia Otacilia Severa was the wife of Philip I (“the Arab”) and mother of Philip II. Upon her husband’s taking of the throne in 244 AD from the young 19-year-old emperor Gordian III, Otacilia was given the rank of Augusta upholding the Roman tradition. Her son, Philip II, was raised to the rank of Caesar at the same time.

Otacilia presided over the celebrations for the 1000th anniversary of the founding of Rome in 248 AD. Several of her coinage issues were commemorating this spectacular event in event.

Her husband’s reign was troubled by no less than 5 usurpers. The last, Trajan Decius, was hailed emperor by the northern legions and marched against the unpopular Philip I. They met in battle in Macedonia and Philip I was defeated and killed during the incident. Upon hearing the news in Rome, the Praetorian Guards promptly murdered her son Philip II. It is not known what happen to Otacilia. 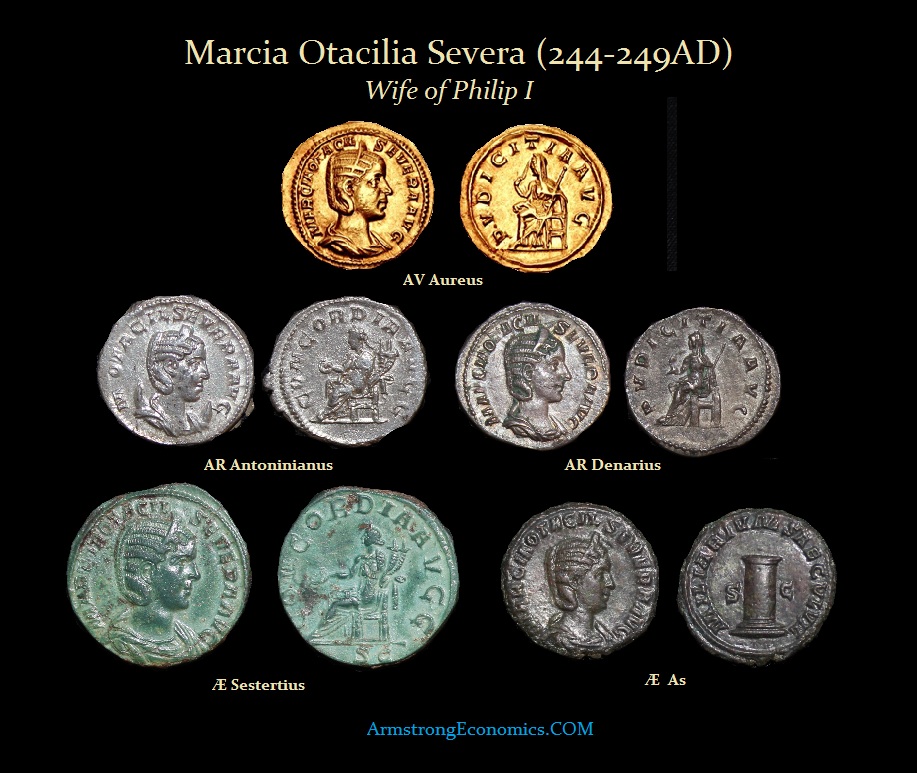