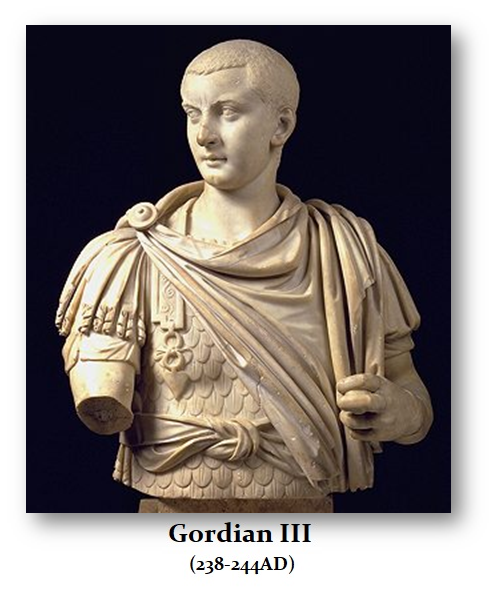 Marcus Antonius Gordianus (Gordian III) was born about 225AD. Gordian III was the grandson of respected Proconsul of Africa Gordian I by his daughter. He was also the nephew of Gordian II. In 238 AD, a rebellion broke out against the emperor Maximinus I, and Gordian I was hailed emperor by the troops in Africa despite his age of 81 at the time. The Senate confirmed Gordian I as the new emperor and declared Maximinus I a public enemy. However, before the news had even reached Africa, both Gordians had already been killed after a reign of only 21 days.

When the Senate learned of the deaths of the two Gordians, they feared retaliation on the part of Maximinus. They promptly elected two of their own members, Balbinus and Pupienus. Gordian III was then given the rank of Caesar in part to enlist the loyalty of the African troops.

While Maximinus was eventually murdered by his own troops, there was still now a sense of loyalty toward the joint emperors Balbinus and Pupienus. Despite the end to the threat of Maximinus, the Praetorian Guards stormed the palace and dragged both emperors out into the streets, and murdered them. The Guards then hailed Gordian III as emperor in May 238 AD.

This young emperor of only 13, who found himself orphaned during his childhood, was then thrust into the politics of the world. The Historia Augusta tells us that he was a light-hearted and handsome young man but did not possess the qualities necessary to be emperor of Rome.

The reins of power obviously fell to someone more experienced. That person was the commander Timesitheus. A wedding was eventually arranged between Gordian III and Tranquillina in early 241AD – the daughter of Timesitheus.

At first, a rebellion broke out in Africa. Marcus Asinius Sabinianus, governor of Africa, proclaimed himself emperor and established his base at Carthage. This revolt was put down rather easily by the governor of Mauretania.

In the north, the Goths crossed the Danube and Rome responded. After being pushed back once again, a new threat began to emerge from the East led by Shapur I – king of the Persians.

In 243 AD, the Roman headed straight into a confrontation with the Persians. They marched into Syria and enjoyed much initial success. During this campaign, Timesitheus died suddenly of an illness. This event had thrust the young Gordian III into a world for which he was still unprepared at the age of 19.

Philip I (“the Arab”) took the position of commander. He manipulated events to encourage disloyalty among the troops. Gordian III makes the mistake of attempting to address the troops. He asked the men to chose between himself and Philip I. The men chose Philip and Gordian III was subsequently murdered near Circesium in Mesopotamia in 244AD. His body was taken back to Rome for a formal burial.

Gordian received the tribunician power about the end of July, 238 AD and renewed it annually on the date of its first conferment. 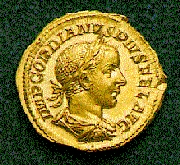 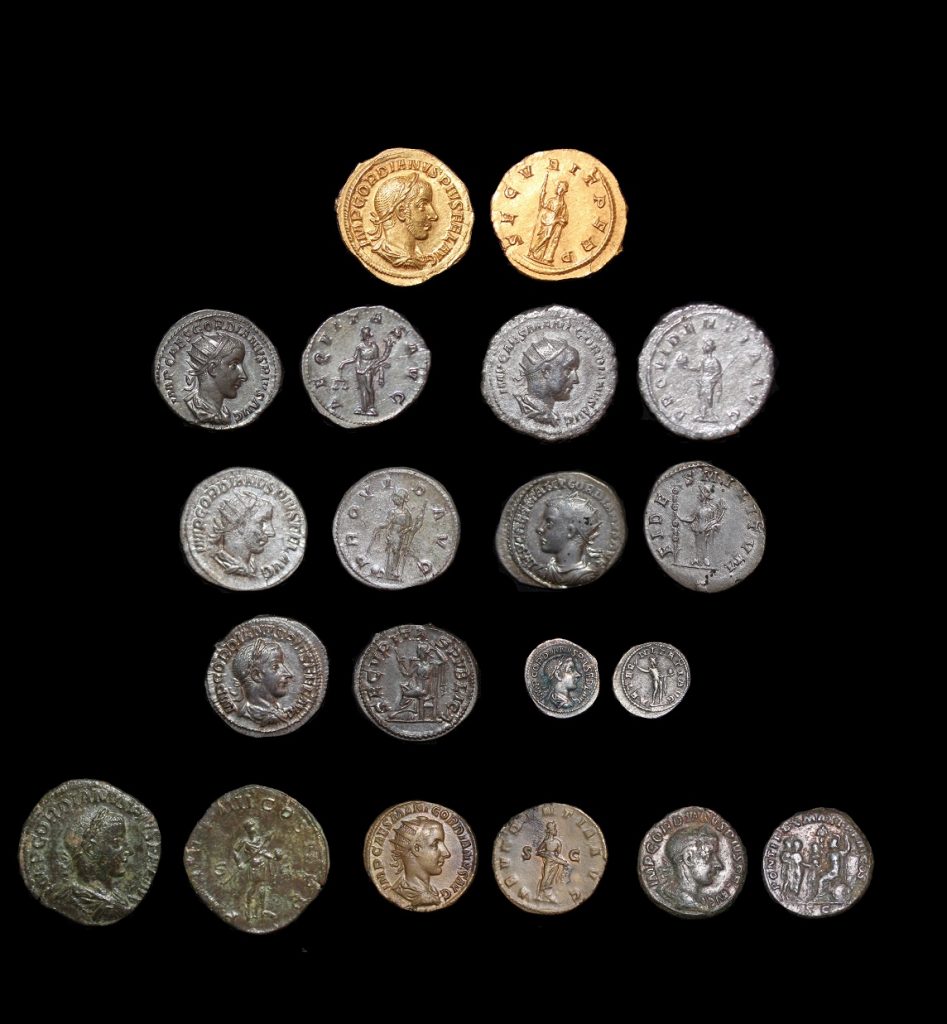 Here we have an imitation crudely copied of Gordian III (238-244AD). It is a bit underweight coming in at 3.05 grams compared to 4.58 grams. The lettering is also a bit crude as well. We do see that as Roman began to plummet into its economic decline during the 3rd century AD and barbarian invasions were becoming more common, naturally, the demand for spices and silks from India/China declined significantly.