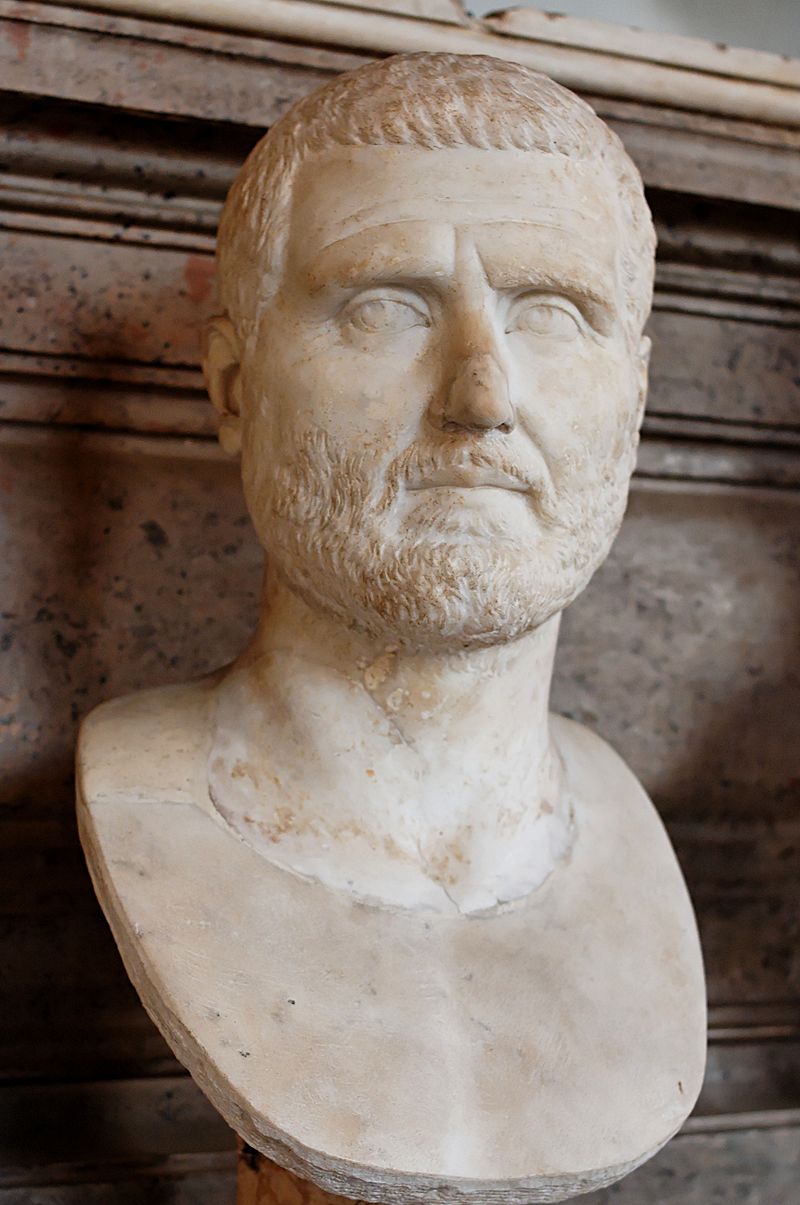 Marcus Antonius Gordianus was born about 157 AD. During the reign of Maximinus I, the heavy taxation imposed both on the rich and the poor soon made this emperor deeply hated both in Rome and the provines. The inevitable rebellion came in Africa. In 238 AD, the troops of Africa convinced the 81-year old Gordian I, who was proconsul in Africa at the time, to accept the office of emperor. Gordian finally accepted on March 22nd of that year and then raised his son, Gordian II, to be joint-emperor and a request was sent to the Senate of Rome for recognition.

Gordian was quite distinguished and noted for hisintellect and character. For this reason, the Senate of Rome granted the petition and confirmed Gordian as the new emperor and Maximinus was declared a public enemy. However, even before the new had reached Carthage, Capellianus, the governor of Numidia, marched upon Carthage. Gordian II was unprepared and was killed in the battle. Upon learning of his son’s death, the elder Gordian committed suicide after a reign of only twenty-one days on April 12th, 238 AD.