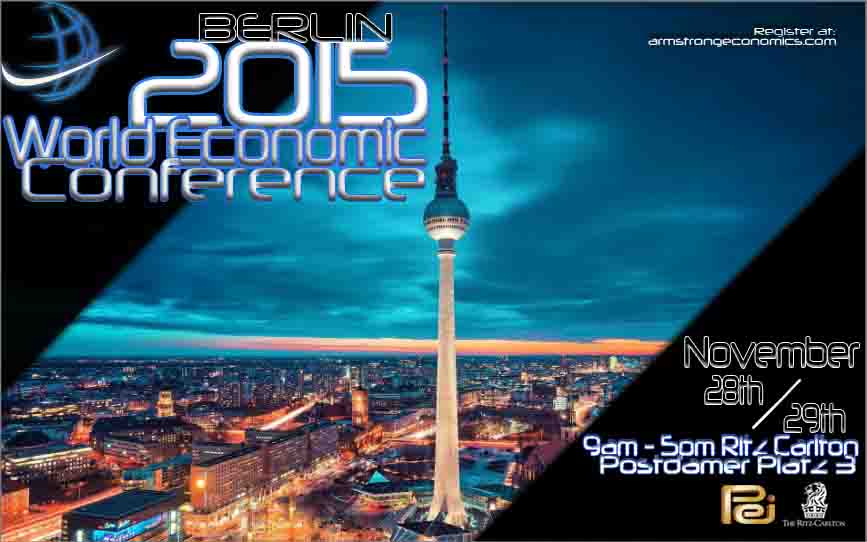 This year’s 2015 World Economic Conference may be the most important since 1987. This event will be a major educational conference which will lay out the future of what we are facing, including the major question of all – where do I put my money? We will also be looking at the Asset Allocation view into 2017 in addition to what the stock markets, commodities, and bonds are doing as well.

A European World Economic Conference will be held in Berlin, Germany, on November 28th & 29th. This conference will naturally be focused on Europe and the fate of that entire region, no less the euro, and the brewing debt and banking crisis.