Last of the Western Emperors

Romulus was the young son of the Master of Soldiers, Orestes who had been appointed to the post by Emperor Julius Nepos. His father, Orestes, had once worked in the service of Attila the Hun acting as his secretary. Orestes was an ambitious man and decided to plot against what correctly saw was an Emperor lacking solid support. Orestes led mainly German troops into rebellion against Julius Nepos. The Emperor quickly fled from Rome to Ravenna and finally fled the West altogether traveling to his native country Dalmatia where he remained as Emperor in Exile until his death in 480 AD. Due to Orestes’ association with Attila, he followed to lead of the former ambitious general Ricimer and decided to rule the West by installing his own Emperor. That candidate was his son Romulus. Orestes elevated his son to the throne while he himself administered Italy in the name of his son and effectively ruled virtually as Emperor. 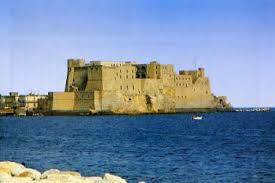 After ten months of power, in August, 476 AD, Orestes’ barbarian mercenaries mutinied once again and proclaimed Odovacar King. Orestes was captured and beheaded at Placentia, and the helpless Romulus was deposed at Ravenna and permitted by Odovacar to retire to live in the Bay of Naples at the Castellum Lucullanum in Campania otherwise known today as Castle dell ‘Ovo where he lived out his life fading from the historical record where he died toward the end of the 5th century.

Thus ended the succession of Western Emperors which had begun with Honorius in 395 AD following the death of his father, Theodosius I The Great. Odovacar then sent the Imperial insignia, which had been worn by Romulus, together with a delegation of Roman Senators to Emperor Zeno at Constantinople. The delegation declared to Zeno that the West no longer required a separate Emperor of its own. Zeno thus conferred upon Odovacar the title of Patrician and the rank of Master of Soldiers. The whole Empire was once more united under the rule of one Augustus, though most of the Western provinces had now been conquered by Germanic invaders and transformed into Teutonic kingdoms. The pretense of maintaining a Latin Emperor in the West was abandoned and the decline and fall of the once-great Roman Empire were complete.

Only three tremisses of Romulus from Rome are known.