Eldest son of Constantine I the Great Caesar

Flavius Julius Crispus was born about 303 AD the eldest son of Constantine the Great, by his first wife (or concubine) Minervina. Crispus was educated by a family friend Lactantius while being raised in Gaul. In March 317 AD, Crispus was given the rank of Caesar, which he shared with his step-brother Constantine II. Crispus seems to have inherited his father’s military talents and showed great promise. He commanded the fleet in 324 AD, which defeated Licinius at the battle of Aadrianopolis.

Crispus returned to Rome along with his father in 326 AD. Something must have happened between the two because Crispus fell out of favor with his father similar to that of Alexander the Great with his father Philip II. However, it appears that the Empress Fausta was jealous of the threat that Crispus posed to her own three sons. Fausta may have attempted to seduce Crispus in order to falsely accuse him of attempted rape. Whatever the case, Constantine took the issue quite seriously and sided with Fausta. In 326 AD in Pola, Crispus was executed. On learning the truth, Constantine also had Fausta put to death. 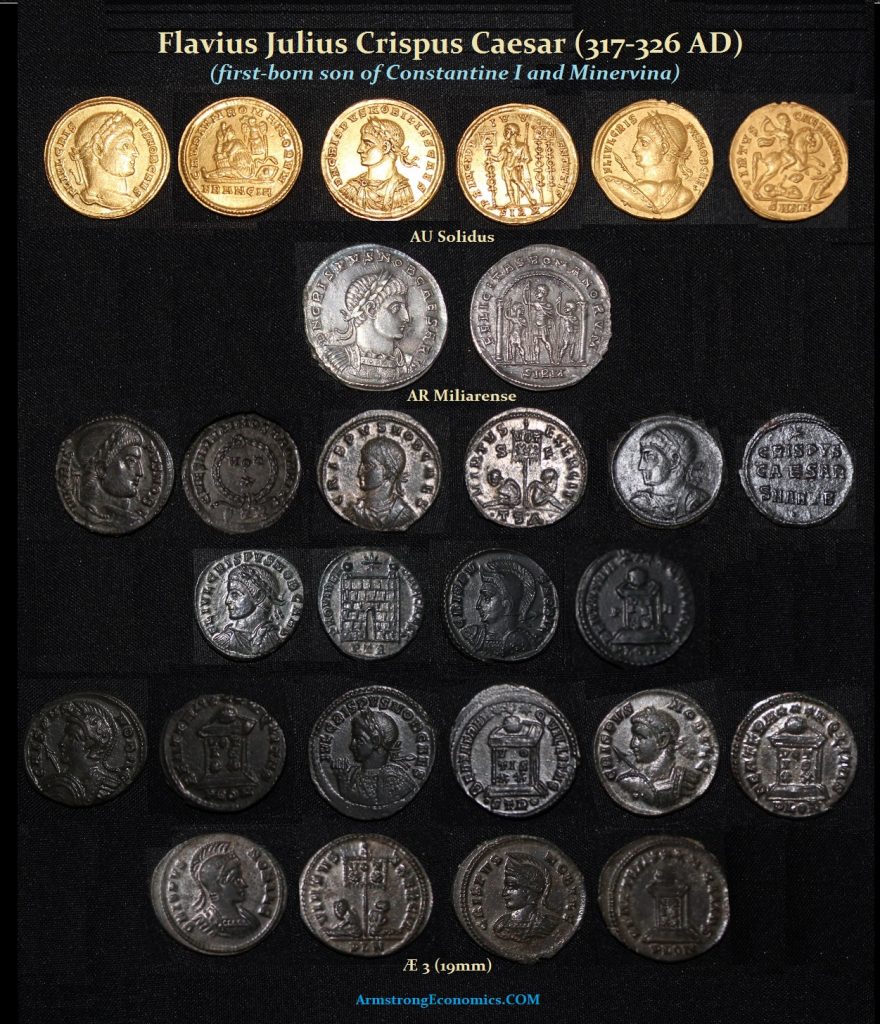 Note: Crispus is usually depicted on gold and many bronze issues in the traditional pose as “Prince of the Youth.” 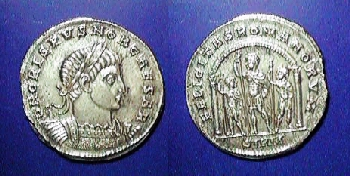