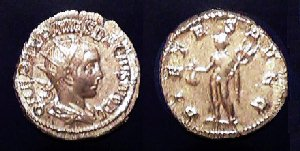 Quintus Herennius Etruscus Messius Decius was the eldest son of Trajan Decius and Herennia Etruscilla. Herennius was raised to the rank of Caesar in 250 AD and the following year, 251 AD, he received the rank of Augustus. Soon after becoming co-emperor, he joined his father on the frontier war against the Goths. Herennius himself led the troops into Moesia to protect the Danubian provinces. He was at his father’s side throughout most engagements into the disastrous Battle at Abrittus in June 251 AD. Both he and his father were killed in that battle against the Goths led by Kniva. 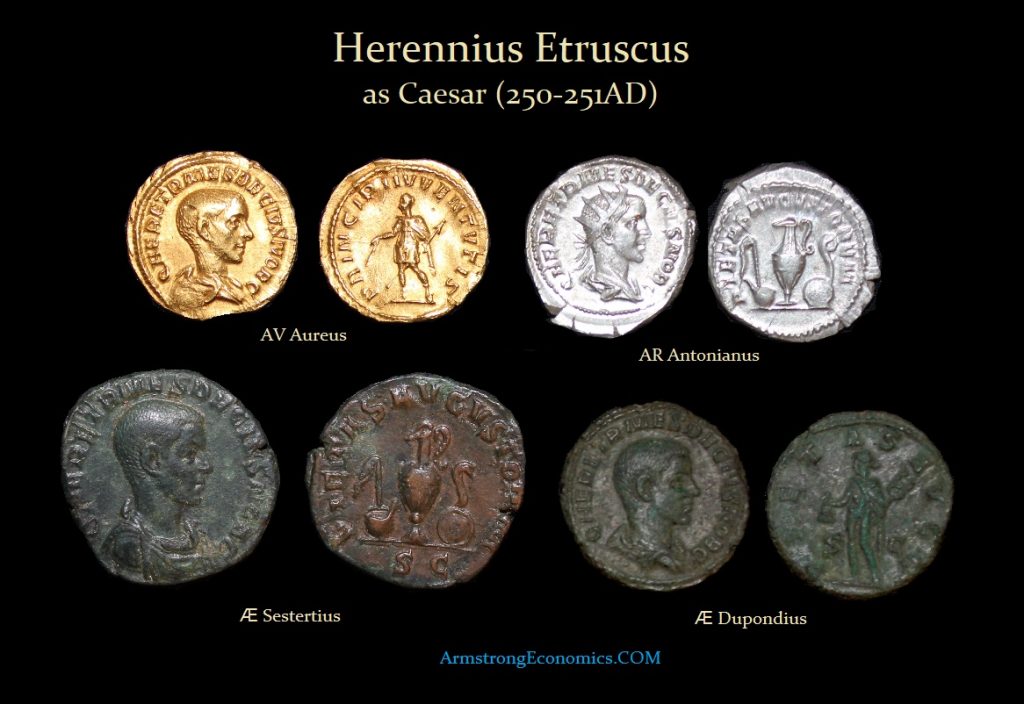 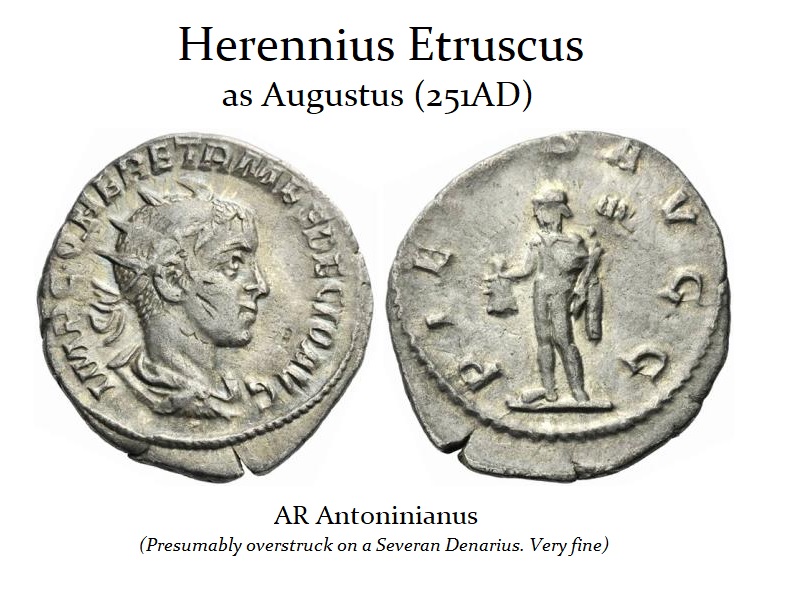