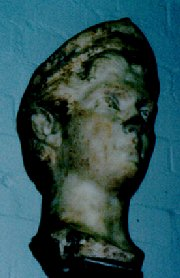 Herennia Cupressenia Etruscilla was descended from an old Italian family. She was the wife of Trajan Deciusand the mother of Herennius Etruscus and Hostilian. She received the title of Augusta about 250 AD. Not a great deal is known about her. However, she did support her husband’s persecution of Christians.

Herennia’s world was shaken apart when new reached Rome that her husband and son had been killed in battle of Abrittus at the hands of the Goths under Kniva, the political tensions in Rome were great. For this reason, Herennia was allowed to retain the title of Augusta by the new emperor Trebonianus Gallus. Hostilian, her youngest son, was also retained and raised to the rank of Augustus as co-emperor with Trebonianus Gallus. Her daughter was also married to Volusian, son of Trebonianus to strengthen the political bond in hopes of creating a more stable government in Rome. Unfortunately, Hostilian soon died from the plague and Herennia faded from history.

There are two varieties of obverse portrait styles:

Note: The coinage issued in Herennia’s name was most likely struck only during her husband’s reign. We do find the very rare Double Sesterius issued in her coinage but no known Double Aureus has yet been discovered. Given the political situation and the scarcity of gold at the time, it is highly unlikely that any Double Aureus was struck in her name.