At our conferences around the world, we have discussed the Cycle of War and how this too has been incredibly accurate demonstrating that what may appear to be random, is really highly ordered chaos. This turns in 2014. To set the record straight, so far there appears to be no WORLD WAR that will begin. This appears to be separatism and civil unrest on the rise (see European Report $350). Nevertheless, there is a risk of international war but this comes from RUSSIA! The problem with Russia is that there is still the old way of thinking empire equals power. Given the chance, Putin would sweep into Europe in a heart beat. The KEY is always economics. 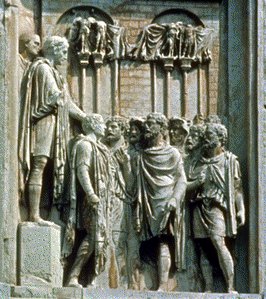 It has always been a debate about the chicken or the egg and who came first. In this case, the barbarian invasions really began at the peak of the Roman Empire where Marcus Aurelius (161-180AD) was fighting on the border with the Germans where he wrote his Meditations. That was the peak of the Roman Empire and the beginning of the decline and fall starts with his death. As the economy turns down, the barbarians began to smell blood. That is when the barbarians were at the gates. It is always the decline of the economy that opens the door for your enemies. How stupid the USA is relying on political foes to buy their dead is beyond brain-dead. Do you go to them and say, “Gee can I borrow a trillion to fund my army to defend against you?” The political risk we have is that Putin is still in the Empire Mindset. Even China has figured out that occupying your neighbor’s hill is not economically beneficial. So our risk of war lies with Russia – not China.That risk is dramatically increased with the Sovereign Debt Crisis for in the midst of that means the inability to fund an army. That is how Rome fell. 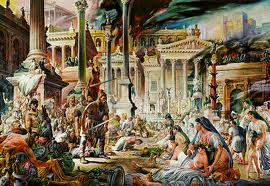 The barbarians sacked Rome in 410AD. The term “vandalize” refers to the Vandals of North Africa who sacked Rome. They tore even the copper off the roof of every temple. What they did to Rome was rape it of its value. This is where the term has survived centuries that people “vandalize” by destroying. The Vandals will always be remembered for what they did to Rome. However, what they did would NEVER have taken place but for the economic decline. This is the risk of history that somehow we just never learn. We can have homeland security harassing teenage girls and worried about hair gel in your bags getting on to a plane. All that is pure nonsense. It is the economy that poses the greatest risk for that opens the door to geopolitical risk. So forget the 19 guys and the camel. If we do not get our economy under control, they will be speaking Russian in a lot more places. For now, it appears that we will be facing rising civil unrest and separatism. 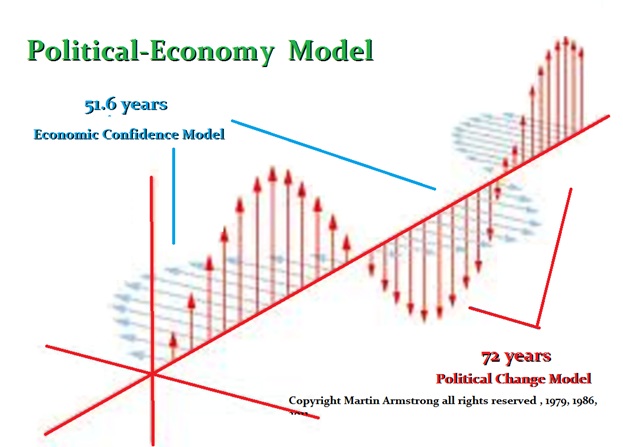 Many have written to ask where does the Political-Economy Model stand right now for the West. The answer to that question is the epic turn appears to be 2016. Bretton Woods took place in 1944. Adding 72 years brings us to 2016. This model has been uncanny in predicting political change incorporating the same frequency for volatility. The Russian Revolution of 1917 was right on target with the fall of the Berlin Wall 72 years later in 1989. This strongly warns that this wave in the Economic Confidence Model due to peak 2015.75, will be extremely important. This is the time frame we have been looking at for the past 30 years for the next Sovereign Debt Crisis. Certain trends simply cannot be sustained beyond 72 years without change. This time that change is coming by dragging the politicians by the hair cave-man style. How intelligent people just cannot see the problem with borrowing perpetually and never having any intention of paying off the debt, it’s simply unimaginable. The previous cycle turning in 1872 and that led to what is known as the “long depression” of the 19th century everyone concedes lasted for 26 years. This is why the real estate model is 78 years. It too is closely aligned with political turmoil that always brings structural change. 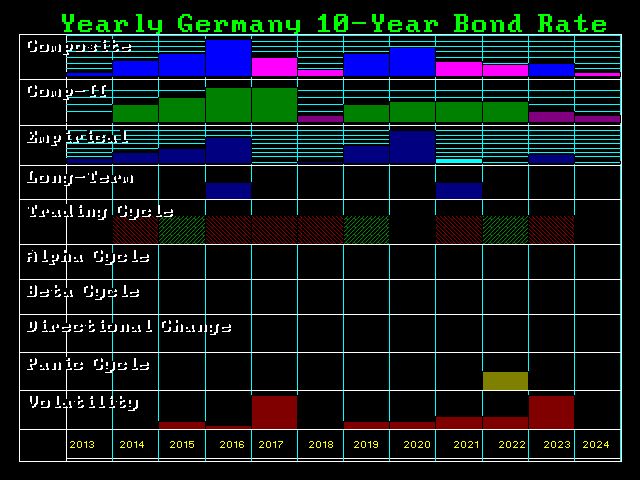 Consequently, we are looking at 2014 for the beginning of a rise in separatism and civil unrest around the west. Then we see 2016 and the start of a nasty economic decline. We could see things get real bad during the 2016-2020 phase. That may actually be the bottom in the European economic meltdown. Here is a chart of the array for the German 10 year bond interest rates. It is lining up with the 23-26 year recession cycle from the start of the Euro. It does not matter. The politicians will not do what is best for the people. This is still about trying to retain power as is. Like Putin who cannot let go of Empire Building, Western Politicians cannot let go of Marxism. They do not understand how to run without saying “vote for me and I will give you this even if we do not have the money!”