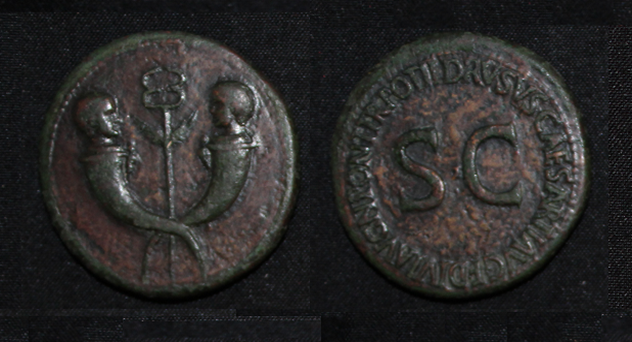 Tiberius Julius Caesar Nero Gemellus, known Gemellus and his twin brother Tiberius Claudius Caesar Germanicus II Gemellus, were born on the 10th of October 19AD. They were the win sons of Drusus and Livilla, the grandson of the Emperor Tiberius, and the cousin of the Emperor Caligula. Gemellus is a nickname meaning “the twin”. Germanicus II Gemellus, died in early childhood in 23 AD whereas Nero Gemellus died 37 or 38AD perhaps on the orders of his cousin Caligula.

Gemellus’ father Drusus (also known as Castor) died mysteriously when Gemellus was only four. It is believed that Drusus died at the hands of the Praetorian Prefect, Lucius Aelius Sejanus. His mother Livilla was either put to death or committed suicide because she had been plotting with Sejanus to overthrow Tiberius, and also because she may have worked with Sejanus to poison her husband. Livilla had been Sejanus’ lover for a number of years before their deaths, and many including Tiberius believed that both Gemelli were really Sejanus’ sons. 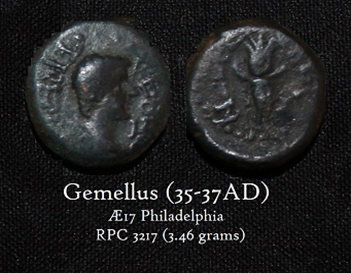 We know very little about Gemellus’ life, since he was largely ignored by most of the Imperial family. When Gemellus was 12 years old, he was summoned to the island of Capri where Tiberius lived at that time, along with his cousin Caligula. Tiberius made both Caligula and Gemellus joint-heirs, but Caligula was the favorite.

After Tiberius died on March 16th, 37AD, Caligula became Emperor and adopted Gemellus as his son. Caligula soon thereafter ordered him killed in late 37 AD or early 38 AD . The allegation was plotting against Caligula while he was ill. Suetonius writes that Caligula ordered Gemellus killed.