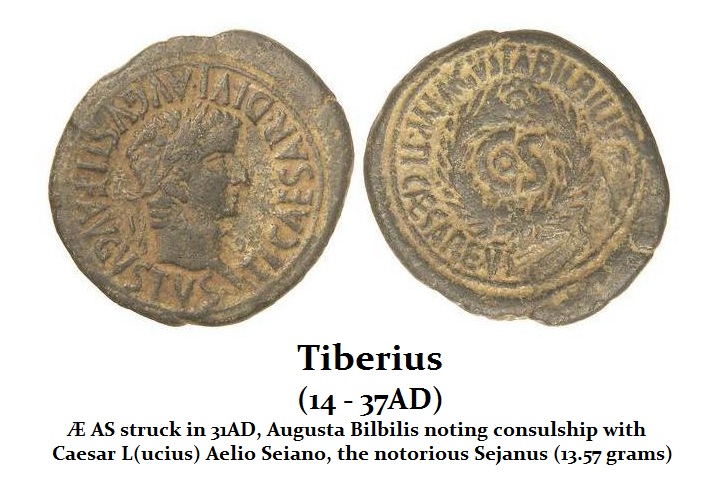 The notorious Praetorian Prefect Sejanus, Lucius Aelius Sejanus (20 BC – October 18, 31AD), worked his way in to be the friend and adviser of the Roman Emperor Tiberius with a design on becoming emperor himself by systematically eliminating all heirs to the throne. Sejanus rose to power as prefect (commander) of the Roman imperial bodyguard in 14AD until his execution in 31AD. The Praetorian Guard was formally established under Augustus to be the bodyguard of the Emperor. Sejanus expanded the Praetorian Guard transforming it is an virtual Department of Justice from a prosecutorial perspective creating a modern-day type NSA/CIA assuming control of all public security, civil administration and ultimately political intercession insofar as eliminating political rivals.

Sejanus rose to power by expanding his influence over Tiberius thereby also acting as a sort of Chief of Staff eliminating any political threat and opponents to himself and the throne. This even took the daring conspiracy to eliminate emperor’s one son, Drusus Julius Caesar also known as Castor. After the death of Drusus, Tiberius withdrew from politics and moved to Capri in 26AD. Tiberius seems to have tired of politics at this point. In 22AD, he shared his tribunician authority with his son Drusus, and began making yearly excursions to Campania that reportedly became longer and longer every year. In 23AD, Drusus mysteriously died most likely poisoned by his wife who was having an affair with Sejanus. Sejanus secretly plotted against Drusus and seduced his wife Livilla. With her as an accomplice, Drusus was slowly poisoned and died of seemingly natural causes on September 13, 23AD.

Sejanus attempted to marry into the Julio-Claudian family. Having divorced his wife two years earlier, he requested marriage with Drusus’s widow Livilla in 25AD, with an eye towards placing himself on the throne. Tiberius denied this request, warning Sejanus that he was in danger of overstepping his rank. Nevertheless, Tiberius appears to have made no effort to elevate anyone else as a replacement for Drusus to be heir to the throne. Sejanus began to isolate Tiberius from Rome feeding him with conspiracies emerging from Agrippina, the wife of Germanicus, and the Senate. In 26AD, Tiberius finally moved to the island of Capri, where he lived until his death in 37AD. Augustus’ wife and Tiberius’ mother Livia seems to have checked Sejanus’ overt power until her death. According to Tacitus, her death in 29AD changed all that. Sejanus easily controlled all information that passed between Tiberius and the capital.

It was at this time when Sejanus was left in control of the administration of the empire in Rome. He became the most feared ruler of Rome. Sejanus began a series of purge trials of senators and wealthy citizens who opposed him removing all opposition to him rising to the throne. He assumed power of the imperial treasury and established networks of spies and informers throughout the Empire to bring accusations of treason against any opposition. Agrippina and two of her sons, Nero and Drusus were arrested and exiled in 30 and later starved to death in suspicious circumstances. Only Caligula, as the last remaining son of Germanicus, managed to survive the purges of Sejanus by moving to Capri with Tiberius in 31AD. Sejanus rose and became Consul with Tiberius in 31AD albeit with Tiberius in absentia. Sejanus now struck coinage announcing his Consulship yet still bearing the portrait of Tiberius and finally became betrothed to Livilla creating the path to the throne.

Amidst suspicions of conspiracy against Tiberius, Sejanus was arrested and executed, along with his followers. Sejanus was treated as emperor since Tiberius had withdrawn. His birthday was publicly observed and statues were erected in his honor. The ancient historian Cassius Dio tells us that Sejanus seemed to be the emperor and Tiberius a kind of island potentate.

Nevertheless, rather suddenly, at the end of 31AD, Sejanus was arrested, summarily executed and his body unceremoniously cast down the Gemonian stairs. What caused his downfall is not recorded by ancient historians. Some have speculated that Caligula convinced Tiberius Sejanus was a danger. Unfortunately the relevant section pertaining to this period in the Annals of Tacitus has been lost. According to Josephus, it was Antonia, the mother of Livilla, who finally alerted Tiberius to the growing threat Sejanus posed, in a letter she dispatched to Capri in the care of her freedman Pallas. According to Juvenal, a letter was sent from Capri with the orders to execute Sejanus without a trial.

Cassius Dio tells us that when Tiberius heard to what extent Sejanus had already usurped his authority in Rome, he immediately took steps to remove him from power. He fear a coup led by Sejanus and thus played it cautiously. Tiberius addressed a number of contradictory letters to the Senate, we are told, some of which praised Sejanus and his friends while others denounced them. Tiberius variously announced that he would arrive in Rome the following day or that he was at the point of death. Tiberius wisely stepped down as consul, which forced Sejanus to do the same. He then conferred an honorary priesthood upon Caligula, which restored the popularity of the house of Germanicus and Agrippina who he exiled. Tiberius created confusion which appears to have been quite brilliant and deliberate. This tended to alienate Sejanus from many of his followers and they wanted to be on the right side. Appointing Caligula to the priesthood, tends to imply that Caligula may have also been involved with Antonia. 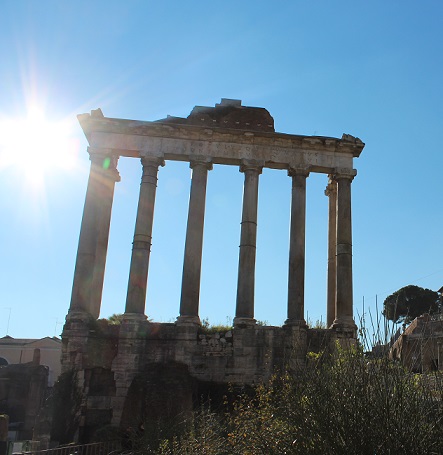 Once everyone began to leave the support of Sejanus, Tiberius saw he was vulnerable. Tiberius then choose Naevius Sutorius Macro to be Praetorian Prefect. On October 18th, 31AD, Sejanus was summoned to a Senate meeting by a letter from Tiberius. He was led to believe he would become heir and Tiberius would bestow the tribunician powers upon him. At dawn, Sejanus entered the Senate. Macro assumed control of the Praetorian Guard and members of the local police known as the vigils, surrounding the building. Then the senators at first congratulated Sejanus. However, when the letter was read, Tiberius suddenly denounced him and ordered his arrest. Sejanus was immediately surrounded and escorted to prison by command of Macro. That evening, the Senate convened at the Temple of Concord and summarily condemned Sejanus to death and he was strangled that night. Riots erupted and crowds now hunted and killed anyone they could link to Sejanus including his eldest son Strabo who was arrested and executed. Sejanus’ ex-wife committed suicide on October 26th, following a letter she sent to Tiberius informing him that Sejanus and Livilla had been poisoned his son Drusus. The accusations were further corroborated by confessions from Livilla’s slaves, who, under torture, admitted to having administered the poison to Drusus. Her sons, Tiberius assumed were not of his blood line.

Tiberius became enraged ordering the killing of other supporters of Sejanus whoever could be connected in any way. It became a reign of terror. Tiberius even purged the Senate. Livilla committed suicide or was starved to death by her own mother Antonia Minor. The remaining children of Sejanus were all executed. His youngest daughter Junilla was still a virgin. Under the law she could not be executed. The solution, she was raped first, and then executed.