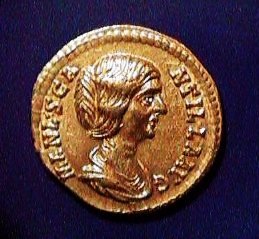 Little is known of Manlia Scantilla other than she was the wife of Didius Julianus. Her husband’s ambitions placed her in the middle of Rome’s most scandalous succession in history – the purchase at public auction of the office of Emperor. This open display of corruption led to her family’s unpopularity among the people, the Senate and provinces throughout the Roman Empire.

As the legions of Septimus Severus rose in support of their leader as Emperor, the march toward Rome prompted the Senate to declare her husband a criminal and ordered his execution. Manlia and her daughter, Didia Clara, were not harmed. The beheaded body of Didius was handed over to them for burial. 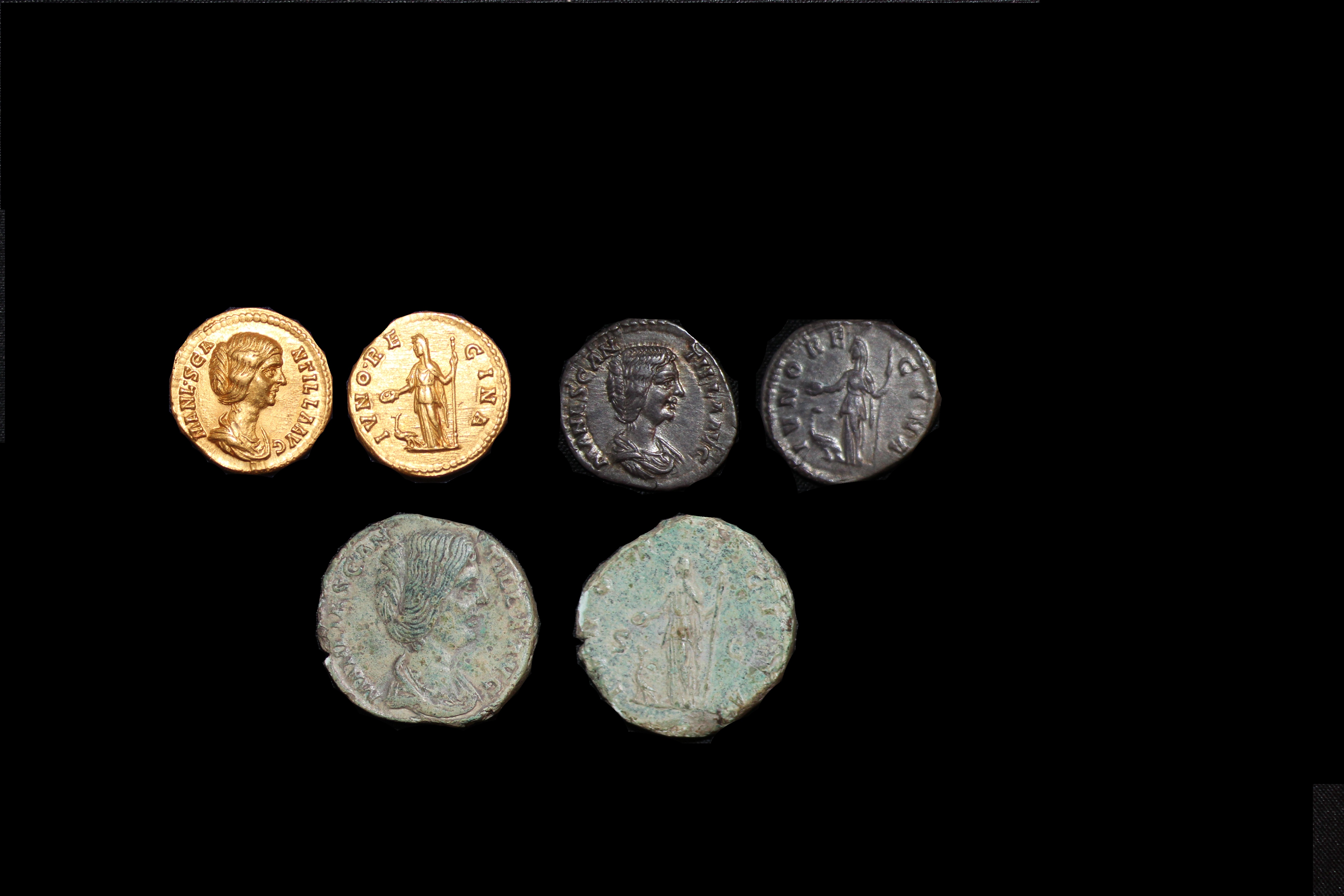 Perhaps due to the fact that Didius Julianus bid 25,000 sesterii per man for the office of emperor, coinage of himself and his family have survived in gold, silver and bronze despite his short reign of only 66 days. The fact that Commodus drained the treasury during his reign must have necessitated the mintage of new currency in order to pay the Praetorian Guard. No doubt, the portraits of his wife and daughter were also used in an effort to promote support for the new royal family as a whole. 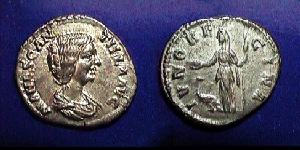