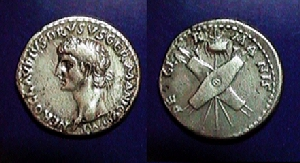 Nero Claudius Drusus was the younger son of Livia by her first husband Tiberius Claudius Nero. Drusus was born in 38 BC shortly after his mother’s marriage to Augustus. Augustus apparently fell in love with Livia while she was pregnant. She therefore divorced her husband and married Augustus a few months before the birth of Drusus.

As the younger brother to Tiberius, Drusus married Antonia, the daughter of Mark Antony and Octavia(sister of Augustus). Drusus and Antonia had several children, one of whom was the favorite of the peopleGermanicus. But it would be a son of Drusus who eventually became the Emperor Claudius who was preceded by his grandson Caligula who also became Emperor of Rome.

After campaigning very successfully in Germany, his son Germanicus was so named for his father’s victories. Unfortunately, Drusus was killed by a fall from a horse during the summer of 9 BC.

Note: All the coins bearing his name and portrait were struck under his son, the Emperor Claudius who held the throne between 41 – 54 AD. 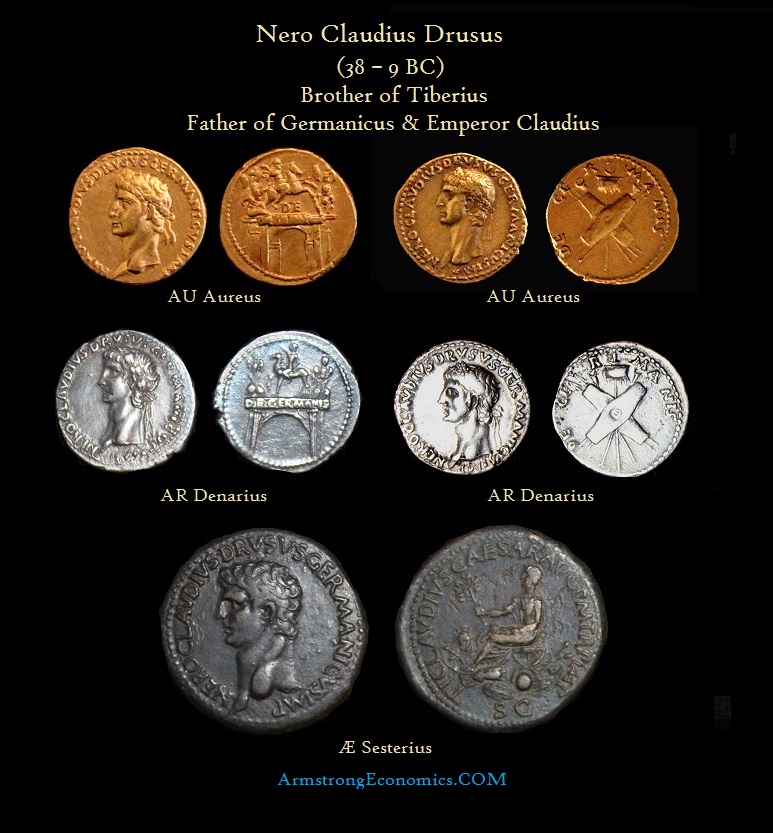 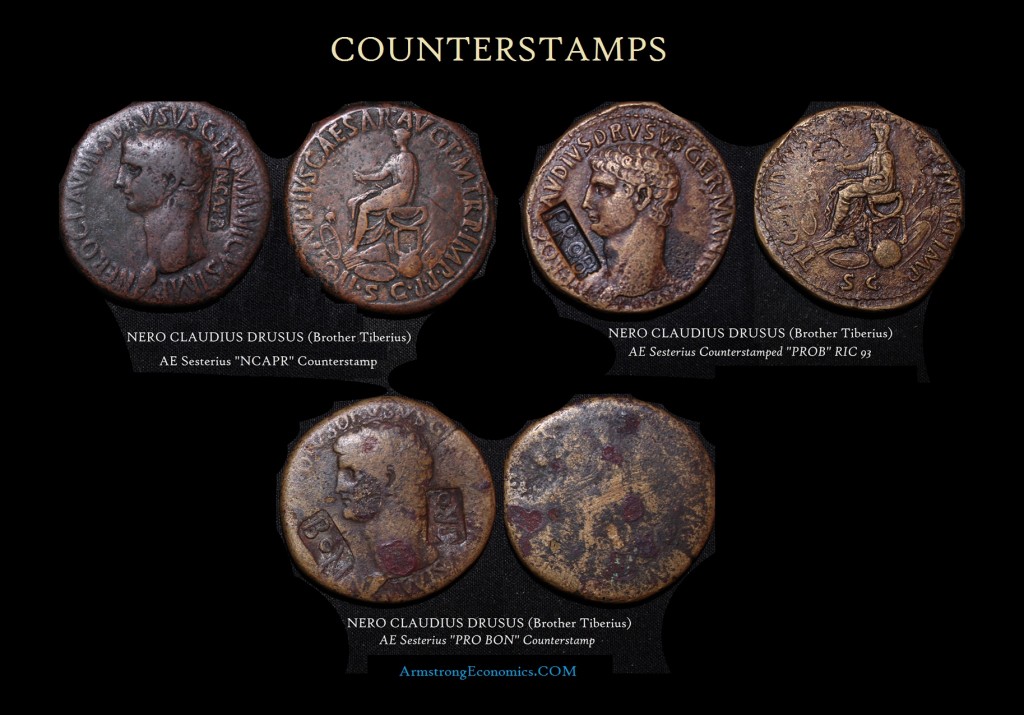