Milonia Caesonia was the fourth wife of the Emperor Caligula. She was several year his senior. Initially, Caesonia lived with Caligula as his mistress. He later married her during the summer of 39 AD. She bore him a daughter a month later who was named Julia Drusilla, in honor of his dead sister. Caligula appears to have been at last devoted to someone, but time was running out. Caesonia and her daughter were both murdered at the same time Caligula was assassinated on January 24th, 41AD. 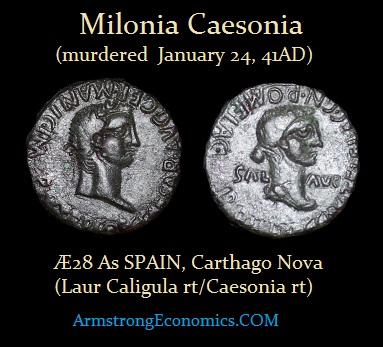