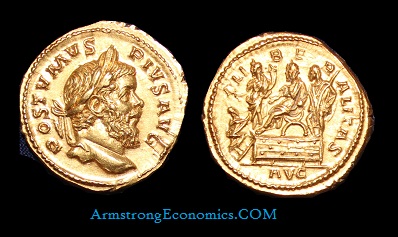 Marcus Cassianius Latinius Postumus was a soldier who rose to the rank of commander in the Rhine legions under the emperor Valerian I. It appears that perhaps when Valerian I was captured during the spring of 260AD. Perhaps this was the moment when Postumus made his move and the troops did not support his son Gallienus as Valerian’s successor. Confidence in government simply collapses following the capture of  Valerian I by the Persians. This was the first Roman Emperor to be captured and turned into a slave and the Roman Empire could do nothing to rescue him. Hence, the collapse in confidence led to hoarding as other barbarians were now emboldened to invade. The currency moved through a hyper-inflationary phase which unfolds when confidence in government implodes. The coinage of Rome fell dramatically in weight for the gold issues and silver virtually disappeared. The silver antoninianus was reduced to a crude bronze coin that was merely coated with a silver wash.

In 259 AD, Postumus led a rebellion against Emperor Gallienus, heir and son of Valerian I. Postumus succeeded in capturing Gaul, Spain, and Britain beginning what would become known by historians as the first Gallic Empire that would last for almost a decade. Here is a silver antoninianus. The reverse side states “RESTITVTOR GALLIAR” with Postumus standing left with foot on the captive barbarian, resting on his spear and raising a kneeling figure of Gallia holding a cornucopia. This is portraying him as the great restorer of order and savior of Gaul. This goes directly to the political instability emerging. His rebellion was by no means an attempt to seize the empire but to split from Rome and establish the Gallic Empire.

Postumus made a valiant attempt at reforming the coinage within his new realm. At first, his coinage was struck in a full silver-white metal. He reintroduced the bronze double sestertius and struck dupondius, as and a few denarii. However, as time passed, the financial decay that was taking place all around the Roman Empire was impossible to prevent even in his new Gallic Empire. The silver coinage of Postumus gradually declined and it too was reduced to a copper alloy with a silver wash. 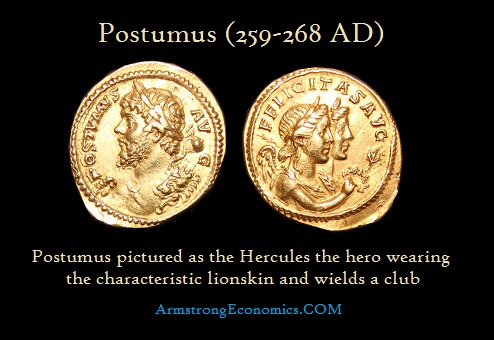 Postumus was also one of the first emperors to portray himself with Hercules, unlike Commodus who may have believed himself to be Hercules. Nonetheless, Hercules was very much the Greek god who was similar to that of Christ insofar as he was the protector of the average man and the son of a great god in human form. Thus, the illustration above shows Postumus side by side with Hercules drawing the image of Postumus as the protector of the Gallic people from the corrupt and decaying Roman Empire. 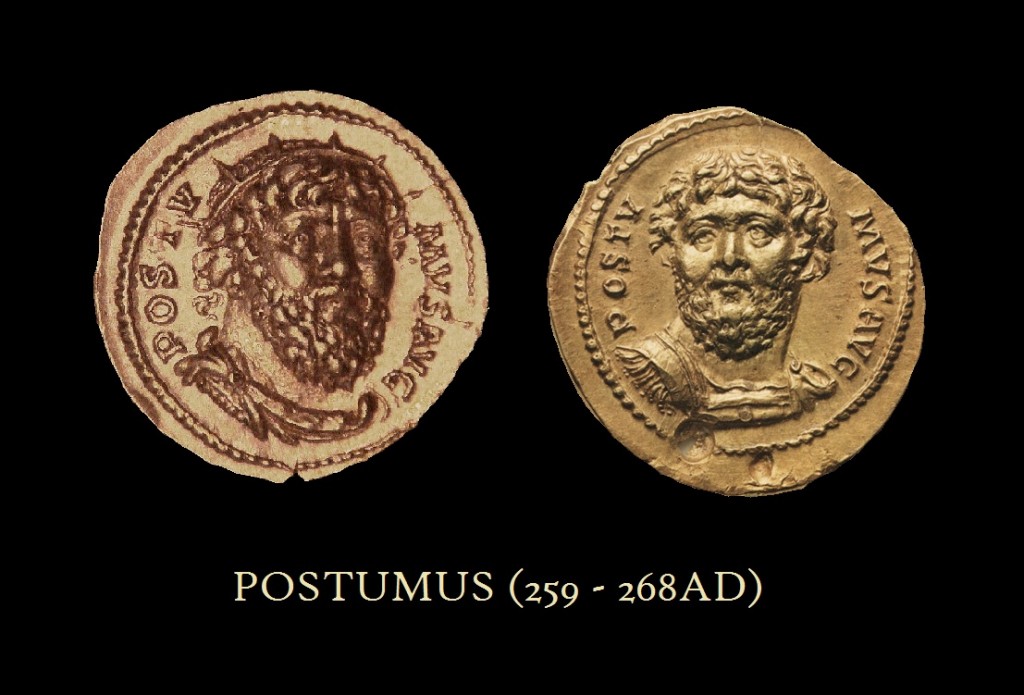 Interestingly, we also find incredible artistic talent among the ranks of the Gallic Empire. We have amazing frontal portraits of Postumous which were unsurpassed in quality or design and execution.

Postumus was also quite successful driving back the German tribes from the Rhine frontier. However, he was also able to hold off Gallienus who made repeated attempts to recover the lost Roman provinces.

In 268 AD, Laelianus led a rebellion against Postumus from within the Gallic Empire. However, Laelianus was quickly defeated destroyed. Unfortunately, Postumus broke with an old Roman tradition and he refused to allow his troops to sack the usurper’s city of Moguntiacum (Mainz). This decision proved to be disastrous and ultimately led to his own assassination. 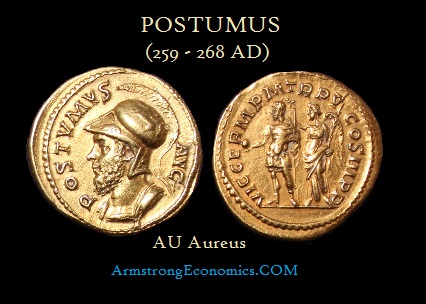 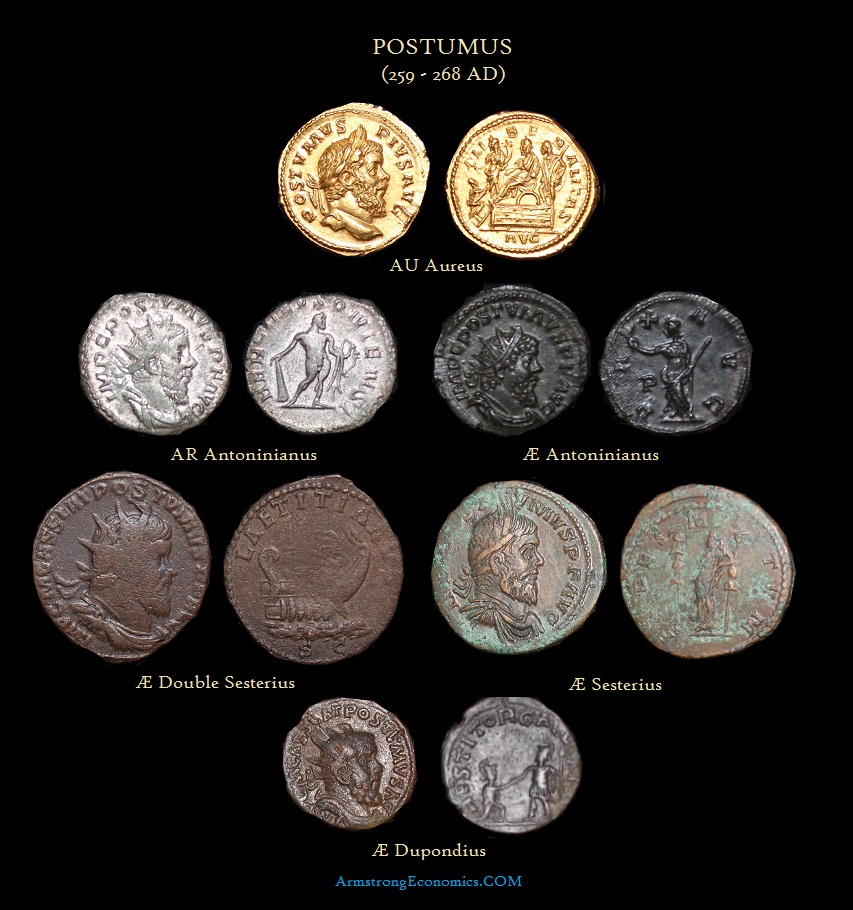